“Wynonna Earp” fans know better than anyone that the end of the road isn’t always what it seems.

To a fandom that has watched more than one of its main characters return from beyond the grave over the last five years, Syfy’s recent announcement that it wouldn’t be picking up a fifth season of the cult-favorite supernatural series was just another challenge to overcome.

“They’re a formidable group,” Jordy Randall of Seven24 Films, which produces the series out of Calgary, said of the show’s fans. “They have the ability to create situations and outcomes for the show that I’ve never seen before.”

Seven24 is currently in search of new U.S. distribution for the series, and Randall said he is currently in discussions with “several” outlets, though he declined to get more specific.

Unlike the last time “Wynonna Earp” fans were fighting for the show — when rights-holders IDW Entertainment ran into financial issues ahead of Season 4 — Randall says a “good portion” of the financing is in place for a potential fifth season, but U.S. distribution remains a necessity.

“We don’t believe that the franchise is over,” he said. “We have more stories to tell.” 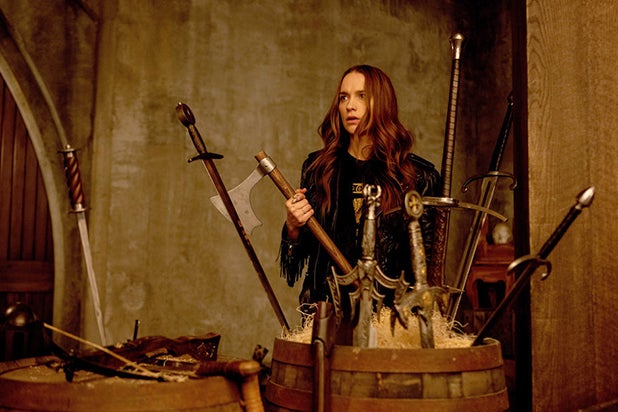 “Earpers, if nothing else, we don’t go down without a fight,” said Jill Macklem, the user behind the popular @NedleysOffice fan account on Twitter (named for the location where the show’s beloved same-gender couple, known as “WayHaught,” had their first kiss.)

Within days of the cancellation announcement, Macklem and a few other “Wynonna” fans had #BringWynonnaHome trending on Twitter. “We just kind of got together for a weekend, like, ‘What should we do? Should we have a new hashtag? What should be our campaign? Should we have a new slogan? How can we do this?’ The three of us just spent hours on the phone, kind of banding back and forth ideas,” Macklem said.

The idea of a fan campaign to save a show is nothing new. Look below any tweet from a Netflix account and you’ll likely find at least one mention of “Anne With an E.” And #SaveShadowhunters will still occasionally make an appearance on the platform nearly two years after the show went off the air.

But the narrative around “Wynonna Earp” has always been different. Known as “the world’s nicest TV fandom,” so-called “Earpers” have been central to the show’s story since day one. Renewal announcements were routinely made at fan conventions (where cast and writers were a fixture) rather than through the press, and showrunner Emily Andras  called Season 4 an “enormous testament to our passionate and fierce fans … who remind us every day how to fight like hell for the things you love with wit, ferocity and kindness.”

Even a non-fan will likely remember the headline-making #FightforWynonna campaign in 2019, which had the show trending on Twitter for weeks and saw fan-funded billboards go up in Times Square as a show of support for the series.

Macklem and her cohorts are hoping to replicate that level of attention with #BringWynonnaHome, though the changing landscape and the ongoing pandemic certainly won’t help matters. On-site protests are likely out of the question, and what’s the point of a letter-writing campaign if no one’s at work to receive their mail?

“I know that we’re a smaller fandom in terms of raw numbers, but oh my god, we’re gonna make the biggest splash on social media you’ve ever seen,” Macklem said.

Also Read: 'Wynonna Earp' to End With Season 4 on Syfy 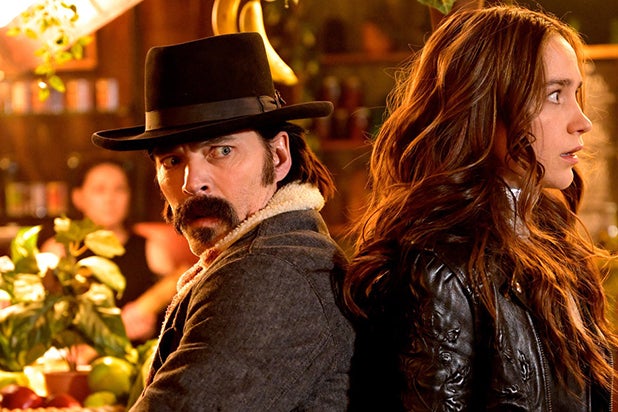 “Many of us have watched TV long enough to know that it’s not like we can go out and get it renewed. That’s something producers have to do,” Kevin Bachelder, another leader in the #BringWynonnaHome campaign, said. “But, as fans, our job is to keep the visibility up to keep folks talking about it online.”

Bachelder co-hosts the “Tales of the Black Badge” fan podcast, which he said gets as many as 40,000 downloads at its peak. “Optimism is definitely an Earper trait,” he said. “Let’s face it, when even getting the renewals was always a huge thing, you kind of had to be.”

Plus, standing up in the face of unfavorable odds has also long been part of the “Wynonna Earp” story, Bachelder said. (The show is literally set in purgatory.) “Not only the show, but the characters on it are very much up against it,” he said. “A small group of characters essentially saving the world even though a lot of people don’t know that’s the case. Fans can identify with that because they have an uphill battle in life.”

At the end of the day, a long-shot is still a shot.

“If it doesn’t succeed, it would be devastating,” Macklem said. “A lot of us spent a lot of time crying when Syfy broke the news. But then it was like, OK, pick yourself up off the ground and now we’ve got to go do something. We can’t not try.”

“The most effective thing that the fans can do for the show — and they will always do this regardless — is continue to show their passion and their drive to see the show continue,” Randall said. “I might not succeed, but if there’s any way to make this show a reality, we’re gonna turn over every stone and every crevice and make it happen.” 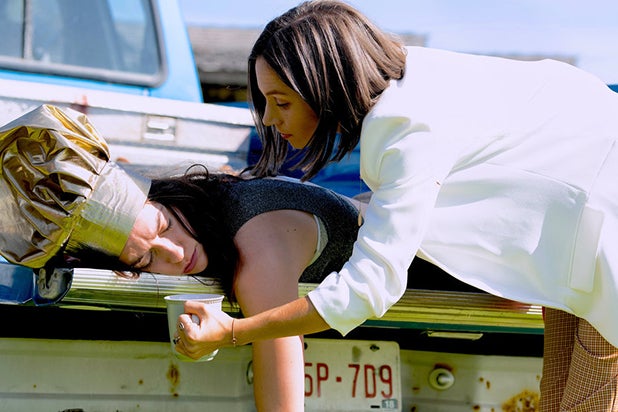 “Wynonna Earp” returns for its final six episodes on Syfy on Friday, March 5.