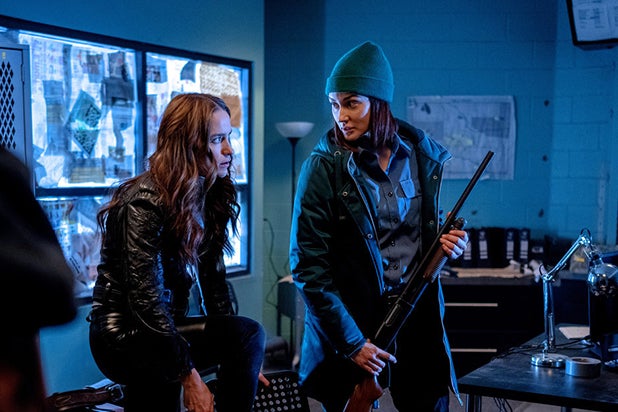 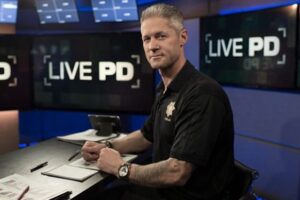 Inside ‘Wynonna Earp’ Season 4 and the Cult Hit’s Tumultuous, Triumphant Return to Screen

As creator Emily Andras puts it, “‘Wynonna Earp’ has always felt a little bit blessed and a little bit cursed.” And with the cult favorite Syfy drama finally set to return for Season 4 this weekend after nearly two years of production delays (some pandemic-fueled), financial issues and fan action to save the show, it’s not hard to see what she means.

The Season 4 pickup was first announced more than two years ago, at San Diego Comic-Con in 2018, with no indication of the difficulties to come. “One more thing…” screens at the convention center declared to the room packed with ecstatic fans, “Season 4. 2019.” Video of the announcement showing the raucous crowd screaming and cheering in excitement might as well be from another lifetime — especially compared to this weekend’s more subdued virtual Comic-Con@Home panels. “I feel like it was greenlit in the ’80s,” Andras joked. “We were all wearing Hammer pants.”

By now, the saga of the show’s troubled fourth season is well known. In the time between that announcement and the start of shooting, the show’s production company IDW Entertainment ran into financial issues related to the loss of an international distribution agreement with Netflix that nearly derailed the series for good. So-called “Earpers” were quick to rally, with the #FightforWynonna campaign on social media and in real life, digging through IDW’s financial documents and crowdfunding money for 300-plus billboards across the country, including one in New York City’s Times Square. 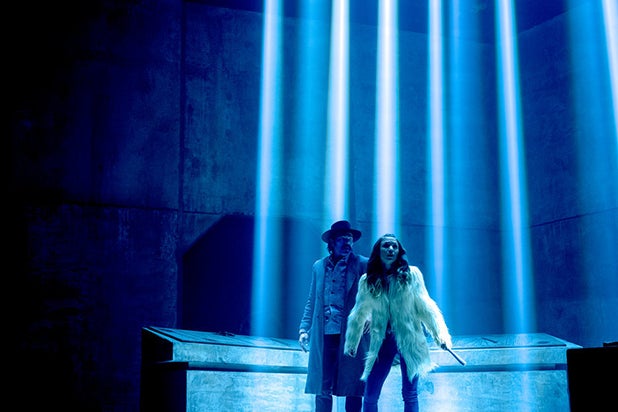 “They define themselves with the phrase, ‘polite, no chill,'” Andras said of the show’s famously nice fan base. “‘We’re going to show up and we are going to fight for this, but we’re not going to fall into the trap of toxic fandom. We’re going to do it in a way that’s professional and optimistic and kind.’ And I think that made all the difference. I think they genuinely saved the show.”

“Wynonna Earp” debuted in 2016, starring Melanie Scrofano as the titular gunslinger, a descendant of the famed lawman Wyatt Earp cursed with the responsibility of defending the world from demons. The show has never been much of a ratings magnet for Syfy, but the show’s inclusive, female-centric storytelling made it a cult favorite, especially among LGBTQ+ viewers.

It was a tweet from Scrofano that first tipped fans to the fact that the show was in trouble. Scrofano told her followers in early 2019 that shooting hadn’t started on the new season despite the announcement and hinted at issues deeper than typical production delays. It was more than six months before cameras started rolling.

“When we knew we were in trouble and we had no cards left to play, we put out a bit of a call to the fandom and said, ‘We’re in trouble do you guys want to help us fight for the body while we’re still in the operating room? You guys are part of the show and it doesn’t feel fair to tell you it’s in the morgue,'” Andras said.

“There’s a risk there when you ask for help. … But the way the fandom came out and said, ‘We don’t even know what’s happening but what do you need? Letters? Balloons? Money?’ I won’t ever forget that feeling — it’s extraordinary.”

“I’m sure lots of people hoped that the show would go quietly into the night without a lot of fuss. That probably would’ve been the easiest solution for a lot of people involved … But it made an enormous difference that all these fans showed up and fought for the show,” Andras said. 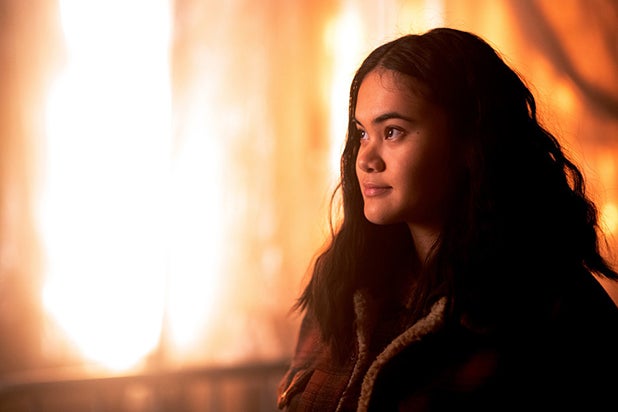 After all that, the fact that production on “Wynonna Earp” had to shut down halfway through the season because of a global pandemic is almost comical. Thankfully, “Wynonna Earp” shoots in Alberta, Canada, and has already become one of the first TV shows in North America to get back to work, with extensive safety protocols that Andras called “well above national and provincial guidelines.”

She added: “All eyes are on us because we are one of the first ones back. But you just can’t compromise your cast and crew’s safety.”

Cast and crew are tested for the virus weekly, and performers are also tested before intimacy scenes or stunt work. Masks are required at all times for crew and between takes, and sets are wiped down between every take.

“It been really interesting. It’s been challenging, it’s been slow, but it’s also been really inspiring,” she continued. “The first time I walked on set, every single person was wearing a mask without complaint. And I got a little choked up because that’s what it’s going to take to move forward in so many industries. If we truly want to protect each other, we need to do the work.”

In the meantime, fans will finally get to see the fruits of their efforts this weekend, starting with a virtual Comic-Con panel on Saturday, followed by the long-awaited season premiere on Sunday. A true full-circle moment for the the show, as much a beginning as it is an ending. 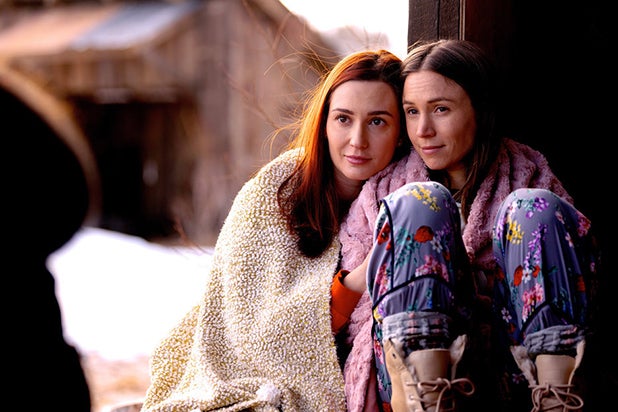