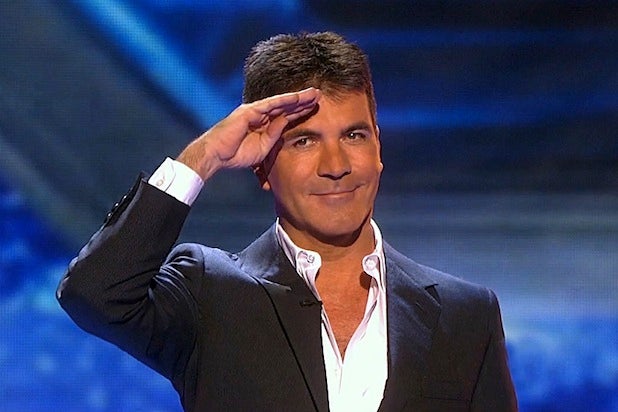 Fox and producers Syco and FremantleMedia North America have decided it won’t renew its struggling talent competition, “The X Factor.”

The decision was made after UK’s ITV announced on Friday that Cowell is returning to judge the British “X Factor,” which he left back in 2010.

“I’ve had a fantastic time over the last 12 years, both on ‘The X Factor and ‘American Idol.’ And apart from being lucky enough to find some amazing talent on the shows, I have always had an incredible welcome from the American public (most of the time!),” said Simon Cowell in a statement.

Also read: Simon Cowell Says ‘X Factor’ Has a ‘Good’ Chance of Returning, With Some Changes

“Last year, for a number of reasons, I had to make a decision to return to the U.K. version of ‘The X Factor’ in 2014,” he continued. “So for now, I’m back to the U.K. and I want to thank FOX for being an incredible partner and I also want to thank everybody who has supported my shows. America, I’ll see you soon!”

“To all of us at Fox, Simon is more than one of the most prolific TV personalities of our time –he’s part of our family. A consummate showman and partner, there’s no one more passionate or creative than Simon, and we feel so fortunate to have enjoyed such a wonderful, collaborative relationship with him over the past 12 years,” said Fox’s entertainment chairman Kevin Reilly.

Also read: ‘X Factor’s’ Simon Cowell on Show’s Word of Mouth: ‘It’s All I Ever Think About’

He continued, “Unfortunately, there is no ‘X Factor USA’ without Simon Cowell, but we understand and support his decision to focus on the international formats and on the next phase of his personal life. We wish him the very best, and it’s our sincere hope that we work together again soon.”

Cowell’s departure could have been the move that forced Fox’s hand, but the network had very little reason to continue with the series.

And during the Winter Television Critics Association Press Tour, Reilly said the network was “going to blow through our option date” on “The X Factor” and make the decision in the coming month.

“The X Factor” premiered in 2011 and was positioned as the heir apparent to “American Idol,” which itself has seen its audience waning. With “The X Factor” failing to live up to expectations, Fox has worked to revamp “Idol” — still one of TV’s top rated shows.

But, Carey said that the network is actively searching for its next ratings juggernaut.

“We’re going to try to find and build that next hit franchise… we expect to be aggressive,” Carey said.