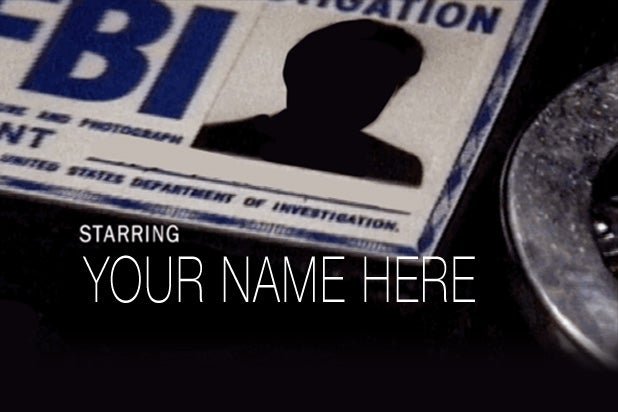 “The X-Files” is coming to a close on Monday, but Fox is probably already mapping out a way to keep its valuable property alive. Or at least, the network should be.

After all, that’s what Fox (and much of TV) does these days — recycle old things that used to work. And “work” the “X-Files” did, both that time it originally aired for 10 seasons, and the more recent limited run of six episodes, which is averaging a strong 4.5 rating/14 share in the key 18-49 demographic, and 12.8 million total viewers.

Per Nielsen’s “most current” ratings, which include seven-day delayed viewing where available, the only higher-rated Fox entertainment program is “Empire” — and the next-closest one is the ending “American Idol.” Considering Fox is currently ranked third out of the four big broadcast networks in the main demo and fourth in total viewers, it can’t stand to lose such a strong performer.

While seemingly a slam-dunk decision, studios and networks need to tread lightly on exploiting old properties — especially when rabid fans are involved, such as in this case. Sometimes executives heed that warning, sometimes they’re blinded by the bucks.

While we’re told there are no announcements to be made and limited discussion going on internally at the moment, the Fox bosses are on record giving the thumbs up to more “X-Files.” During the network’s Television Critics Association Winter Press Tour, Fox Co-Chairman and Co-CEO Gary Newman said he’d “absolutely” be open to another run.

“The biggest impediment to going forward with ‘The X-Files’ is the schedule of David and Gillian and, to an extent, Chris,” he said in January. “Gillian is committed to other projects right now. David’s schedule is always busy.”

“But even the other night at the premiere, we were all laughing and joking that we would love to do this again,” Newman recalled at the time. “So we would be on board if schedules can be worked out.”

What if Duchovny, Anderson and can’t do more — or decide they don’t want to?

Realistically, Fox probably wouldn’t do the show without creator  — but the stars, well, they may be more replaceable. The studio and network faced this issue already, when Duchovny lightened his workload for the original run’s Seasons 8 and 9. In the end, Fox Mulder appeared in 17 fewer episodes than Dana Scully.

Plus, replacing long-running beloved leads is exactly what “24” is doing right now at the same studio and for the same network — a perfect parallel.

Fox is spinning off that recently revived franchise with “24: Legacy,” which, instead of Kiefer Sutherland and Mary Lynn Rajskub, will star Corey Hawkins and Miranda Otto. Before the upcoming switch, the network was wise to bring the show’s original stars back for one run — “24: Live Another Day” — before moving on. It was Sutherland’s choice to not take another turn. He’s instead starring in the new ABC drama “Designated Survivor.”

Ironically, or perhaps suitably, the arriving “24” spinoff is potentially paving a path for more “X-Files” — the exact opposite of what happened in 2001-2002, when “The X-Files” passed the baton to new Fox favorite “24.”

Here’s the equation for “24” that could work for “X-Files”:
1) Have a huge hit show before DVRs ruined ratings.
2) Bring back the old favorite for a limited-run season with the original stars.
3) Milk that nostalgia for all it’s worth in a finite format.
4) Try to grab new fans and encourage co-viewing between generations.
5) Leave the stars, take the universe.
6) Go young and hot with new lead(s) (Hawkins is 27 to Sutherland’s 49).

We’ve seen worse recipes. It’s the new “six seasons and a movie,” if you will. Allow us that “Community” reference, if for nothing else than the Joel McHale connection.

While we’re here, could McHale’s new “X-Files” character return for more? He did just lose “The Soup,” but gained a CBS pilot. It’s possible, but it feels like Tad O’Malley probably couldn’t carry the investigative spirit of the “X-Files.”

Since “24” went younger and hotter (see Step 6 above), let’s assume “X-Files” might do the same thing.

In-house, the show already has FBI agents Einstein (Lauren Ambrose, 37) and Miller (Robbie Amell, 27), putting that universe a step ahead of “24’s.” They’re young and hot — how about them? Remember, Fox made a big deal of bringing them in and has clearly positioned their characters to parallel Mulder (Duchovny, 55) and Scully (Anderson, 47) — perhaps this was the plan with this one all along. Let’s just hope they live past Monday.

Speaking of TV deaths, Amell’s character just croaked on CW’s “The Flash,” freeing up his schedule a bit. TheWrap learned that he’s not committed there beyond some doppleganger drop-ins, and his reps told us the actor is generally available after February. Ambrose seems fairly open, at least per her IMDb page, but her reps didn’t immediately get back to us.

So what say you, “X-Files” fans? More Mulder and Scully, or more Einstein and Miller? Or two new, probably diverse leads to truly reboot the alien hunt? Because whatever it does, Fox should be thinking one thing: more “X-Files.”

16 Stars You Forgot Were on 'The X-Files' (Photos)

Long before most of them were famous, these actors popped up during the original run of “The X-Files”