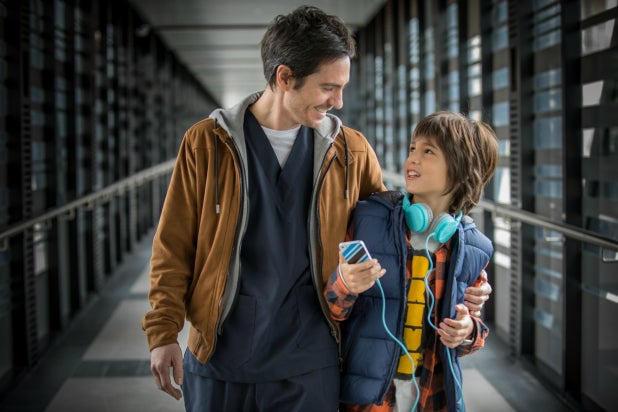 Five years ago — almost to the date — Pantelion Films, the Spanish-language and bilingual outfit from Lionsgate and Mexico’s Televisa, released the smash hit “Instructions Not Including,” starring Eugenio Derbez. Turning its leading man into a bankable movie star, the dramedy about a father raising his long-lost prepubescent daughter scored hugely with audiences both in its homeland and stateside with record-breaking grosses in both markets.

After a long string of box-office triumphs, from PG-13 comedies to an animated feature and even a gender-reversed remake of 1987’s “Overboard” (starring Derbez), the production company and distributor has established itself as an enviable venture, catering to its core audience in the U.S. (Latino immigrants familiar with homegrown talent) and expanding into the Anglo space via collaborations with popular American comedians. The artistic value of its productions is not as significant as their role filling in a gap with content that a large number of people want to see.

Pantelion’s latest offer, “Ya Veremos” (Spanish for “We’ll See”), directed by frequent partner Pedro Pablo Ibarra (“A La Mala,” “Pulling Strings”), returns to the family-friendly formula that’s proven to be a surefire moneymaker for them: sentimental, broadly humorous tales about parents and children set among the Mexican upper-middle class. Like with “Instructions,” a somewhat unrefined but caring dad is the endearing hero who learns to prioritize time with his loved ones due to a catastrophic circumstance.

A sought-after OB-GYN in Mexico City, Dr. Rodrigo (Mauricio Ochmann) is commendably committed to overseeing his patients’ deliveries with extreme attentiveness; there’s less of that focus, however, when it comes to being present in his own child’s life. In the aftermath of Rodrigo’s separation from his ex-wife Alejandra (Fernanda Castillo) due to his workaholic habits, their 12-year-old son Santi (first-timer Emiliano Aramayo) rarely sees his father beyond a few sporadic, unmemorable weekends.

Following a lavish party sponsored by Alejandra’s new crazy rich boyfriend Enrique (Erik Hayser, “Sense8”) for Santi’s birthday, an event Rodrigo expectedly misses, she is scheduled to travel to Japan for a few weeks, leaving the physician in charge of the boy. Shockingly, and rather conveniently, that very night Santi is diagnosed with juvenile glaucoma by one of Rodrigo’s colleagues. With the possibility of losing his eyesight completely looming over him, a prompt surgery is required even if it doesn’t guarantee his full recovery. Fearful of the outcome, Rodrigo suggests Santi makes a bucket list of sorts, including all the activities or experiences he’d like to fulfill before the imminent procedure.

At Santi’s request, and motivated by his desire to rekindle his relationship with his ex, Rodrigo prevents Alejandra from leaving and informs her of the situation. Santi wants the three of them to take part in his pre-operation adventures, and although she is not a fan of cohabiting with Rodrigo again, Alejandra agrees for the kid’s sake. What ensues is a series of hackneyed bonding moments such as the father and son dying their hair Smurf blue, attending a lucha libre match, and learning how to drive in reprehensibly unsafe fashion.

Dipping their feet into morally questionable waters, the adults grant their offspring his most troubling wish: seeing a naked woman in the flesh, for which they must trick Rodrigo’s volatile neighbor. It ties in with the idea that he might never be able to see it for himself because of his condition, but it’s nonetheless problematic.

Proficiently produced, yet lacking any distinct directorial voice or notable below-the-line aspects, “Ya Veremos” milks its uninspired play on words (“we will see”), both about sight and the possibility of a future development, not only to create unbelievable tension in regards to what will happen to Santi (we all how this uplifting story ends), but also to hint at his parents’ romantic prospects. During a climactic road trip to the resort town of Acapulco, the focus shifts to address why Rodrigo and Alejandra broke up and to justify why they should get back together. It’s sappily executed, but effective for anyone who enjoys positive resolutions above an interesting product.

Ochmann, who’s also a producer here alongside his wife Aislinn Derbez, is quite charming as this insecurely masculine and bro-ish guy who is highly accomplished professionally but nonetheless expresses himself in colloquial jargon bordering on comedic vulgarity. It’s a tonal departure from his homophobic role in last year’s “Do It Like an Hombre” (“Hazlo Como Hombre”), but it continues his grooming as Pantelion’s male protagonist in the same vein as Derbez and Omar Chaparro. “Ya Veremos” is lucky to have Ochmann to offset some of the overbearing mawkishness, which is also reflected in the Manuel Riveiro’s redundant score.

Less palatable is young Aramayo’s first on-camera role. Noticeably stilted and over-rehearsed while uttering lines, he occasionally manages to shine through with his natural spark. Working on more nuanced acting is definitely necessary, but he is likely to have a prolific career solely based on his camera-ready demeanor. Castillo, on the other hand, has the chops to infuse more complexity into the role, but she is overshadowed by the male presences with whom she shares the screen.

Taking a surprisingly secular approach, Alberto Bremer’s screenplay refrains from using religious faith as a thematic element. We never see anyone praying at a hospital’s makeshift chapel, and that’s quietly progressive, as it would have would been much easier to appeal to those sentiments for tear-jerking purposes.

“Ya Veremos,” with all its clichéd antics and uneven performances, has already been a hit in Mexico despite middling reviews. Would an unsuspecting, non-Latino viewer who randomly walks into this have a pleasant reaction? Very likely, if your sensibilities align with the film’s tropes and feel-good qualities, and you don’t mind the glaringly predictable trappings.