Yahoo Inc. has pulled its services in China, citing “the increasingly challenging business and legal environment” in the country.

The company released a statement to numerous outlets this week which said, “In recognition of the increasingly challenging business and legal environment in China, Yahoo’s suite of services will no longer be accessible from mainland China as of November 1. Yahoo remains committed to the rights of our users and a free and open internet. We thank our users for their support.”

With the departure, Yahoo becomes the second major tech company to leave China in recent weeks. LinkedIn stopped operating there in mid-October. 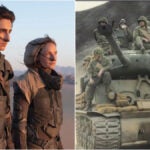 Yahoo began shutting down some parts of its service, like email, in China in 2013, but the full shutdown comes as Chinese regulators crack down on internet use in the country.

On Monday, the Personal Information Protection Law went into effect in China. The privacy law is designed to curb data collection.

China’s online media crackdown is wide-reaching and impacts video games, entertainment and more. Earlier this year, Chinese actress Zhao Wei was scrubbed from the internet in the country after being placed on blacklist. Her movies and television programs are no longer available for streaming in China, and her social media accounts disappeared too, including her fan page on the heavily censored Chinese version of Twitter, Weibo.