The “Yellowjackets” Season 1 finale drew 1.3 million viewers across platforms on Sunday, which was more than double the size of the audience for its season premiere. That said, this past weekend’s episode was not the most-watched of the season — not yet, at least. The penultimate Season 1 episode generated 1.4 million multiplatform viewers on its own Sunday.

That fact may seem shocking giving all of the buzz (pun semi-intended) generated by the “Yellowjackets” season finale. But to be fair to Showtime, the season finale had the NFL’s Wild Card Weekend to contend with. The opening weekend to the NFL Playoffs certainly drew some potential eyeballs away from Showtime platforms. Hope the internet didn’t spoil the ending.

Those viewers will come in the form of delayed-viewing numbers, which should start to trickle in at the end of this week (and continue beyond). Counting delayed viewing across multiple platforms, “Yellowjackets” has averaged more than 5 million weekly viewers, which is the highest for a Showtime freshman series since “Billions” launched in 2016. 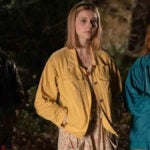 Also Read:
How to Watch ‘Yellowjackets’: Where to Stream the Buzzworthy TV Series

While delayed and binge-viewing has certainly taken on a larger role since the “Billions” launch, the availability of Showtime series has also skyrocketed in recent years. “Yellowjackets” is the second-most streamed series in Showtime history, behind only the recently wrapped “Dexter: New Blood.”

“Yellowjackets” is the saga of a team of high school girls soccer players who become the (un)lucky survivors of a plane crash deep in the remote northern wilderness, the logline reads. The series chronicles their descent from a complicated but thriving team to savage clans, while also tracking the lives they’ve attempted to piece back together nearly 25 years later, proving that the past is never really past and what began out in the wilderness is far from over. 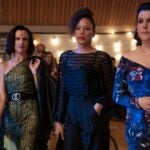 Also Read:
‘Yellowjackets:’ Our 7 Biggest Questions After the Finale

Produced for Showtime by studio Entertainment One (eOne), “Yellowjackets” is executive produced by Lyle, Nickerson, Lisco, Drew Comins and Karyn Kusama, who also directed the pilot.

“Yellowjackets” was renewed for a second season last month.

“We are thrilled, to say the least, at the phenomenon that is ‘Yellowjackets,’” Jana Winograde, the president of entertainment at Showtime Networks Inc., said in a statement on Wednesday. “The wild success of the series in viewership and reviews has been exciting, but what’s been most exciting is watching ‘Yellowjackets’ explode in the collective zeitgeist – seeing the fans’ unbridled passion for the characters, endless theories about the mystery and even their abundant fan art. This kind of show is magic in a bottle, and we want to thank and congratulate Ashley, Bart, Jonathan and the entire cast and crew for the role they played in its creation. It’s a massive understatement to say that we can’t wait for next season.” 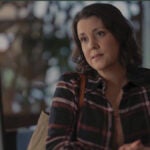