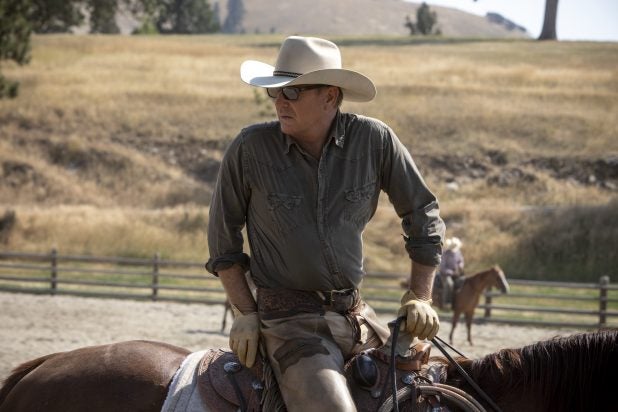 The Kevin Costner-led Western drew 3.9 million viewers in its first week back, according to Nielsen’s live-plus-same-day metric. The number includes audience for repeat airings on Paramount Network and sister network TV Land, as well as an additional simulcast on CMT.

On Wednesday, Paramount Network picked up the show for a third season before the second had premiered. It was also announced that “Lost” and “Colony” alum Josh Holloway would join the cast for the new season.

It is co-produced by 101 Studios. It was co-created by Taylor Sheridan and John Linson, who executive produce alongside Art Linson, Costner, David C. Glasser and Bob Yari.