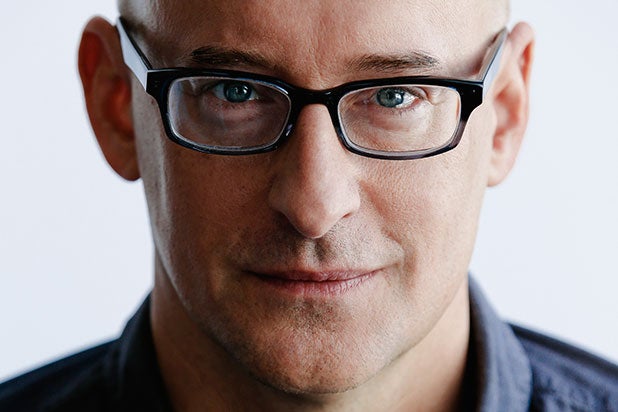 Peyton Reed (“Yes Man”) is the frontrunner to replace Edgar Wright as the director of Marvel’s “Ant-Man,” an individual familiar with the project has told TheWrap.

Marvel has declined to comment on all speculation surrounding the new director of “Ant-Man,” which the studio insists will make its current release date of July 17, 2015. A representative for Reed did not immediately respond to a request for comment.

Reed’s name has not been mentioned in connection with “Ant-Man” yet, but he has emerged as a serious contender for the high-profile directing gig.

Reed made his directorial debut with the hit 2000 cheerleading comedy “Bring It On” starring Kirsten Dunst. He followed that up with the visually inventive 2003 musical “Down with Love” starring Ewan McGregor and Renee Zellweger, and went on to direct Vince Vaughn-Jennifer Aniston relationship comedy “The Break-Up,” which grossed more than $200 million worldwide.

Rawson Marshall Thurber (“We’re the Millers”) and Ruben Fleischer (“Zombieland”) were serious contenders to direct “Ant-Man” but their interest waned after Marvel elected to offer the job to Adam McKay (“Anchorman”) first. As up-and-coming filmmakers, both Thurber and Fleischer may have felt there would be other, better opportunities coming down the pike.

In other words, Reed could use the job a little more than they could, though he’s no slouch himself, considering two of his four movies crossed the $200 million mark at the global box office, while “Bring It On” was also quite profitable.

In recent days, Nicholas Stoller (“Neighbors”) and Michael Dowse (“Goon”) have also been rumored to direct “Ant-Man,” but they too, have other options, and in any case, it appears that Reed currently has the edge.

Reed is represented by WME and attorney Robert Offer.