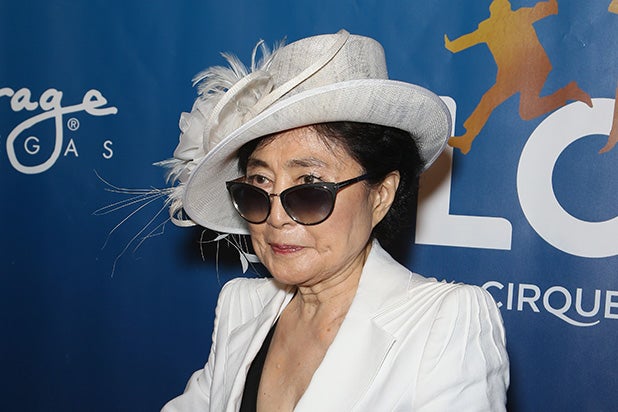 Yoko Ono is to receive a songwriting credit on John Lennon’s “Imagine,” the National Music Publishers Association said on Wednesday.

The news was announced by NMPA President & CEO David Israelite at the organization’s annual meeting. Yoko and Sean Ono Lennon also received the Centennial Song award for “Imagine” at the event.

“While things may have been different in 1971, today I am glad to say things have changed,” Israelite said at the event held at Cipriani on 42nd Street in New York. The song was later performed by Patti Smith.

Israelite previewed the announcement with a clip from a BBC interview with Ono and Lennon from 1980. In the video, Lennon admits that Ono should have received a credit for her contribution from the beginning.

“Actually that should be credited as a Lennon-Ono song because a lot of it — the lyric and the concept — came from Yoko,” the late Beatle said. “But those days I was a bit more selfish, a bit more macho, and I sort of omitted to mention her contribution. But it was right out of ‘Grapefruit,’ her book. There’s a whole pile of pieces about ‘Imagine this’ and ‘Imagine that.'”