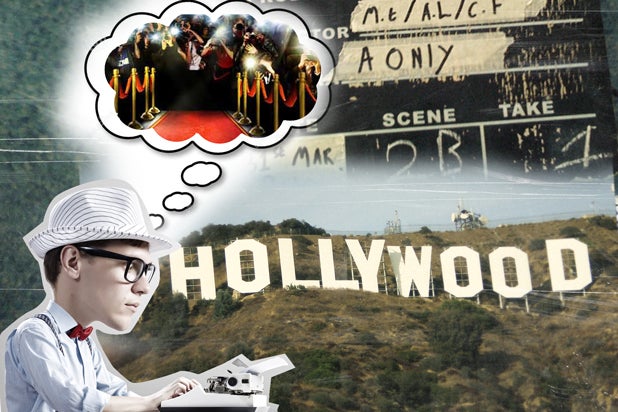 You’ve finished your screenplay. What to do now?

“Write another script and another,” says Greg Beal, director of the prestigious Nicholl Fellowships for screenwriters. “Watch movies and television and read scripts. At some point, take the first script out of the drawer and rewrite it. Repeat.”

Beal has read and judged thousands of screenplays for the Nicholl Fellowships, which are administered by the Academy of Motion Picture Arts and Sciences and award a prize of $35,000 to five promising screenwriters each year — almost $4 million since the program’s inception in 1986.

Also Read: How to Join SAG-AFTRA

He says many beginning screenwriters make the mistake of thinking that their first complete screenplay is their masterwork and can stand on its own. But no matter how strong that screenplay might be, it will always pay off to have additional work that demonstrates a writer’s consistency and versatility.

“The worst thing a novice screenwriter can do is push hard marketing their first script because if they do get a meeting, the first question is, ‘What else do you have?'” says Ken Miyamoto, screenwriter and blogger for ScreenCraft, a screenwriting consultancy based in Beverly Hills.

“If the answer is nothing, you’re considered to be a non-professional and possibly a one-hit wonder,” Miyamoto says. “Screenwriters need to take a year or two and just write some amazing scripts. They need hybrids of what they want to write and what Hollywood is willing to buy.”

Having also spent time as a script reader and story analyst for Sony Pictures, Miyamoto has seen the screenwriting profession from alternate angles.

“It’s a grind,” he says. “Screenwriters need to know that. The big spec sales they’ve read about don’t happen that often, if ever anymore.”

“Spec sales” refers to television or feature scripts written “on speculation” — meaning without any deal or sale already in place. Screenwriters don’t get paid to write spec scripts — generally, they write them in hopes of selling them to buyers or using them as writing samples.

“If you want to become a studio writer and write big summer blockbusters, that has a less direct path now than it did years ago,” says Lee Jessup, a career coach for professional and emerging screenwriters. “Because studios are making fewer movies and because significantly less material is moving in the spec market, it is rare for a writer to break on a big studio spec script.”

One consensus: Screenwriters should always get feedback on their work from as many experienced readers as possible.

“You want to vet the script,” says Jessup. “If you know people in the industry who work in story — screenwriters who are a bit further ahead of you, directors, producers — by all means, turn to those. But if you have no Hollywood connections, rely on reputable, knowledgeable readers and consultants who will be able not only to gauge the material as a stand-alone work, but also understand its place within the current marketplace.”

Jessup also advocates entering screenwriting competitions as a way for young writers to get their names and work in front of influential industry figures.

“You have to surface in the big ones — Nicholl, FD’s Big Break, Tracking Board, Script Pipeline, Austin Film Fest — for it to really have impact,” says Jessup. “All of these contests have produced winners or finalists who went on to work in the industry.”

Naturally, Beal also sees screenwriting competitions — the Nicholl in particular — as a valuable entryway into screenwriting.

“For the Nicholl Fellowships, the starting point is being a program of the Academy of Motion Picture Arts and Sciences,” says Beal. “Having our new fellows interacting with Oscar winners and hearing their scripts read aloud by award-winning actors in front of an audience in the Academy’s Goldwyn Theater is a singular experience.”

Over 200 members of the Academy served as Nicholl judges in 2015; 55 of them were Academy Award winners or nominees. Of course, of the thousands of entrants to the competition each year (7,442 in 2015), only 10 reach the finals, and only four to five are declared Nicholl Fellows each year.

But there are plenty of other options for getting your script seen, says Beal.

“There’s a seemingly unending list. Making a short film and getting it into festivals. Making connections while working on a production or at a party. Working as a writer’s assistant. Working in an industry office. Meeting filmmakers at a film festival or screenwriting conference. Being recommended by a film professor.”

Having agency representation helps, too, and while there’s no easy way to gain representation, there are things a writer can do to increase his or her odds.

“Whether the writer is referred by another writer, an executive, or a consultant that has ties within the industry, referrals are the quickest and most effective way to get to the top of the rep’s reading pile,” says Jessup.

In Miyamoto’s opinion, a manager can be even more valuable than an agent in the beginning of a screenwriter’s career.

“Managers take a more vested interest in a screenwriter’s career, working with them to pick the right projects, et cetera” he said. “Consider agents to be sharks, with all due respect. Sharks are attracted to blood in the water. When there’s a lot of it, they’ll come to feast.”

“The cool thing is, all of the top one percent screenwriters today likely had the same rite of passage,” says Miyamoto. “Anything is possible. The fact that we’re pursuing a dream is amazing because most in life don’t.”