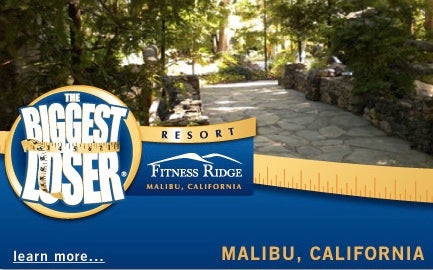 NBC is expanding promotion and marketing of its "Biggest Loser" TV franchise by opening a second fitness resort, this time in Malibu, Calif.

The health spa business is a partnership between NBC Universal Television Consumer Products Group and Reveille, one of the show’s producers.

"Since launching with "The Biggest Loser" last year, the resort has seen tremendous interest from fans all over the world who want to incorporate what they see on ‘The Biggest Loser’ into their own lifestyle," Tami Clark, resort co-owner, said in a statement. "Opening a second location is about meeting those increased demands."

Several former "Biggest Loser" contestants have spent time at the resort. And with the opening of a second spa, it seems like NBC is planning to keep the series on the air for a long time.