(Warning: This post contains spoilers for the second season of Netflix’s “You.”)

Can a stalker change his stripes? That’s the question at the heart of “You” Season 2, one that confronts its main character over and over throughout its 10-episode run.

“The big question for us this season was how self-aware can Joe really be?” showrunner Sera Gamble said in an interview with TheWrap.

Basically, when confronted by the reality of his crimes, can Joe (Penn Badgley) look in the mirror and see himself for who he truly is — a man who stalked and killed one girlfriend, left another to die in the woods, and murdered at least half a dozen other people in between? Or does his self-delusion go so deep that he can only see himself as the romantic hero?

Season 2 presents that challenge for Joe with the reappearance of Candace, his only surviving victim. Having survived being kidnapped, assaulted and buried alive, Candace vows to expose Joe as a killer and prevent him from harming another woman.

She nearly succeeds. By the end of the ninth episode, Candace has Joe on his knees, literally locked in a room with the body of a woman he believes himself to have murdered, fully unmasked in front of his latest romantic target. Unfortunately for Candace, she fatally underestimated Love Quinn.

“We talked about creating a character who was very different from Beck, someone who really could only be interesting to Joe after everything he went through in Season 1,” Gamble said. “So for the first part of the season, it’s really about creating someone who, on the base of things is a true kindred spirit for him. It’s just that the kindred spirit kind of goes all the way down.” 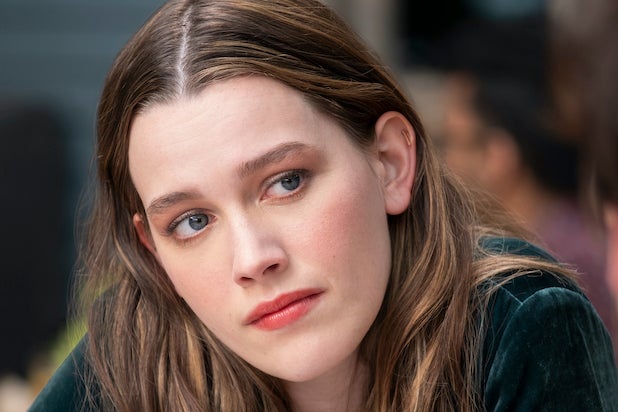 Played by “The Haunting of Hill House” alum Victoria Pedretti, Love draws Joe in with earthy sincerity and a casual willingness to speak her desires. It’s not until the cheekily titled season finale, “Love, Actually,” that Gamble and company reveal that Love has long known about Joe’s past and devoted herself to him anyway.

“We didn’t have all of the scripts written when we started shooting,” Gamble said. “So what we had to do was basically promise Victoria that if she is really feeling what she’s feeling in those scenes, it’s still going to make sense later. That we’re not going to reveal that this person is a complete cold blooded sociopath who’s faking every motion. First of all, that’s just not interesting, but it’s also crazy-making for an actor to try to play all of those levels. It’s so much more interesting if these two people who do bad things really feel that they do them for justified reasons according to some personal code that makes sense.”

Love kills Candace, slashing her throat and leaving her to bleed out in a storage facility. Confronting Joe, she confesses that, much like Joe, she can and has killed for the people she loves — Joe, her twin brother Forty (James Scully), her and Joe’s unborn baby. And, much like Joe, she is fully convinced herself of a narrative that justifies her actions.

“He does have a moment where he hits bottom and finds some clarity,” Gamble said. “We see him walk right up to the edge of that truth for himself. But the tragedy of the story is that Love quote-unquote ‘saves’ him from it.”

That’s the problem with holding up a mirror, sometimes it reflects the bad as well as the good. 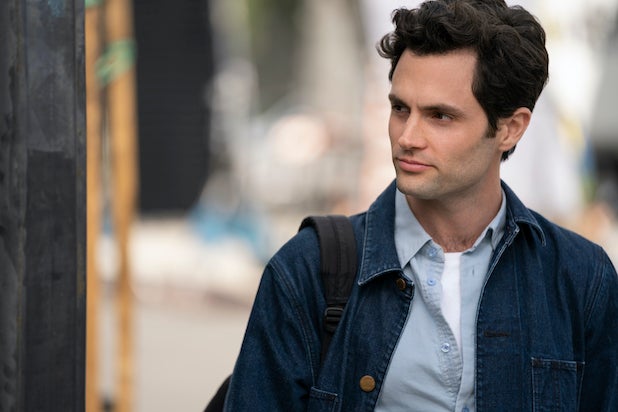 “Hidden Bodies,” the book by Caroline Kepnes upon which Season 2 is based, memorably ends with Joe Goldberg in prison. The Joe Goldberg of Netflix’s “You” is spared from having to make the choice of whether or not to take responsibility for his actions, but the season’s final images are no less stark: Joe and a very-pregnant Love are married, moving into a house in the suburbs. But in these final moments, Joe’s devotional voiceover, instead of addressing Love, now speaks to the mystery woman next door.

“We really have no interest in redeeming Joe,” Gamble said. “We don’t see him as a character that we need to ever convince you has changed his ways completely or has become a quote-unquote ‘good’ person. That’s not really the meat of the show or the character.”

“People who are fans of the books frequently ask whether Season 2 would end the same place as the second book, with Joe in prison,” she said. “And, I mean, my real answer is yes, that is a prison for him. He is stuck in that situation, which is such a delicious starting point for him moving forward. That he has been trapped by the things that he worked for. And also there are certain lessons that it’s really obvious in his last few frames that he just hasn’t learned yet. There’s a road for him still to go down.”

“In a very dark way, he got everything he ever wanted,” she said. 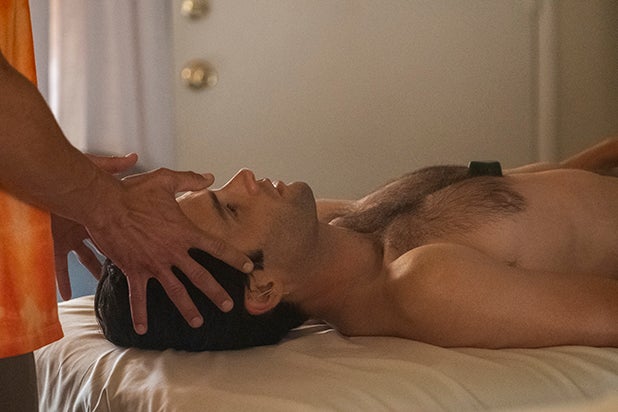 Photographed by Andrea Fremiotti for TheWrap