Season 2 of Netflix’s hit stalker-thriller “You” opens with Joe Goldberg, its obsessive antihero, swearing off love and in search of a fresh start.

“Love has taken me to dark places,” the born-and-raised New Yorker says in his trademark voiceover as he weaves through the streets of Hollywood, dodging film crews and crowds of tourists. “But Los Angeles has got to be as dark as it gets.”

For both Joe and the show he inhabits, Season 2 marks a new beginning. While Joe is settling into his new home on the west coast, “You” is also relocating this year — settling into a new life as a Netflix Original.

An adaptation of the best-selling novel by Caroline Kepnes, “You” received some minor buzz when it first debuted on Lifetime last year, but it wasn’t until the series hit Netflix months later that the intensely bingeable drama became a true word-of-mouth hit. By Netflix’s own count, more than 40 million users fell for Penn Badgley’s leading man-slash-psychopath as he stalked, wooed and — spoiler alert — eventually murdered his girlfriend Beck (played by Elizabeth Lail) across the 10-episode first season.

“I come from the theater and that’s a world where if all 99 seats are full, that’s a lot,” showrunner Sera Gamble said in an interview with TheWrap. “So I came into TV kind of awestruck by the idea that 1 million people would watch something that you had written. When Greg Berlanti came into my office and said 40 million, that was the number, I didn’t even really know how to process it.” 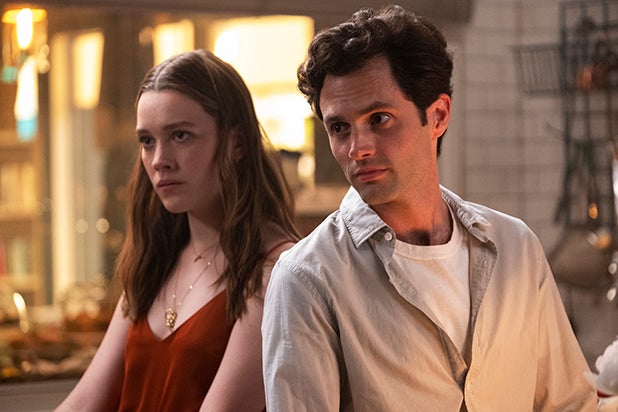 Season 2 is nominally based on Kepnes’ sequel novel “Hidden Bodies,” but Gamble’s adaptation started forging its own path from the very beginning, and it continues to take major liberties with its source material as the show moves forward. The two properties are different enough that Gamble describes her Joe Goldberg and Kepnes’ Joe Goldberg as “first cousins” rather than direct translations.

For instance, Book Joe moves across the country in pursuit of an ex-girlfriend who stole from him, whereas TV Joe is running from an entirely different ex-girlfriend when he makes the decision to relocate.

Also Read: Joe - Who Goes by Will Now - Dunks on LA in Netflix's First 'You' Season 2 Teaser (Video)

Candace, Joe’s first love and the original target of his obsession, is dead in “Hidden Bodies,” and she stays dead throughout. But as an end-of-season twist, Gamble and the show’s writers resurrected her in the Season 1 finale, dropping her back into Joe’s life as a reminder of his past sins. On the show, it’s Candace’s reappearance and threats of retribution that drives him to Los Angeles.

“We wanted to find a strong motivation for him to go to a city he f—ing hates. He wouldn’t come to L.A. unless he had to,” Gamble said. “And you know, Candace is an actual human woman who was victimized and traumatized by a man who tried to kill her. So, weirdly, she’s actually the hero of the story. It’s just that because we’re telling the story through Joe’s point of view, she’s the villain and the crazy ex-girlfriend. But we all know the truth. It’s actually opposite.” 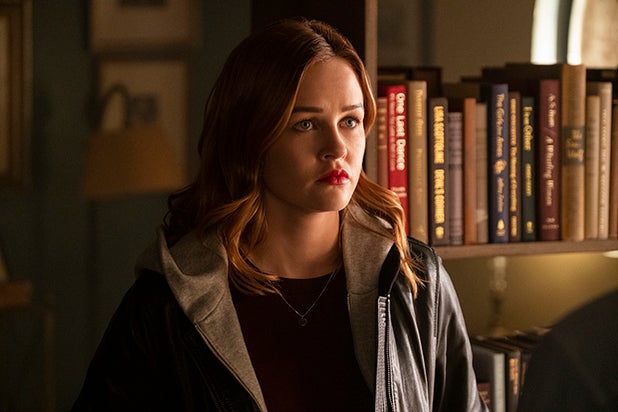 All told, Season 2 doesn’t look much different from Season 1, beyond its setting and the occasional curse word here or an extra few minutes there. Gamble and co-creator Greg Berlanti even went as far as to keep the two seconds of black between acts where a traditional cable show would cut to commercial, a clever way of preserving the show’s narrative style and momentum.

“The executives at Netflix really let us know that they felt the show wasn’t broke so we shouldn’t fix it. And the studio kind of had the same sentiment,” Gamble said. “I think they were very politely, kind of warning us not to let the show get bloated or self-indulgent just because we didn’t have the same time restrictions as on commercial television.”

Joe similarly finds himself falling back on old ways in Season 2 — though in his case it’s perhaps less a conscious strategy for continued success than a compulsive pattern of behavior.

Upon his arrival in Los Angeles, he quickly falls for Love Quinn (“Haunting of Hill House” breakout Victoria Pedretti), the free-spirited Angeleno who captures his attention at the Whole Foods-esque grocery store where he gets a job selling books. And once again, every person in her life eventually becomes an obstacle to his single-minded obsession, be it her collection of friends who practice reiki and earnestly say things like, “It’s always past-life trauma,” or her twin brother, Forty (James Scully), the aspiring screenwriter who does more talking than writing. 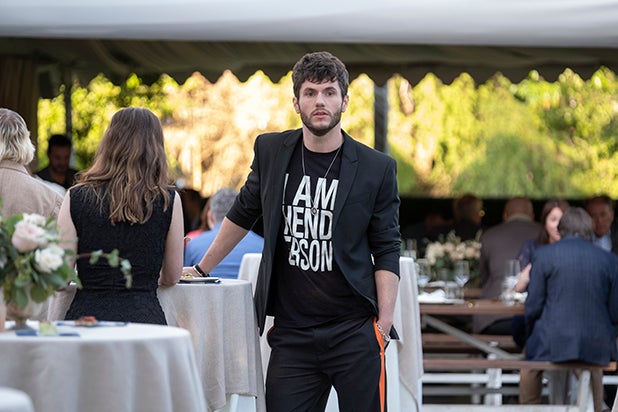 Season 2’s collection of wealthy social climbers provides plenty of opportunity to skewer the shiny world of Hollywood insiders and the desperation-fueled version of city where strivers go to pretend to be somebody they aren’t. But the show also spares a much more tender eye for what Gamble calls “Jonathan Gold’s Los Angeles.”

“I had this sort of secret goal in mind, which was that I wanted to make Joe and the audience fall just a little bit in love with the Los Angeles that I know,” Gamble said. “I moved here when I was a teenager and I feel like my situation really brought the most beautiful, best L.A. to me.”

Also Read: How Penn Badgley's 'You' Stalker Became a 'Twisted' Version of His 'Gossip Girl' Character

“The fact that I was 16, 17 — I didn’t have money, I didn’t have a car. I was taking buses everywhere. I only had $3 to buy lunch. That created a situation where I got to really see the ground view of Los Angeles,” she said. “There’s a lot of different ways to express the romance of a city, both New York and Los Angeles.”

That version of L.A. is brought to Joe by his neighbors Delilah (Carmela Zumbado) and Ellie (Jenna Ortega), a sharp-talking investigative journalist and her too-savvy-for-her-own-good teen sister. Ellie, a 15-year-old cinephile who latches onto Joe as an intriguing older brother figure, is the one who quotes Gold in the first episode.

“I think peering as deeply into people as Joe does, is always a double-edged sword,” Gamble said. “You see the gross things that they’re trying to hide, but you also see what makes them human.” 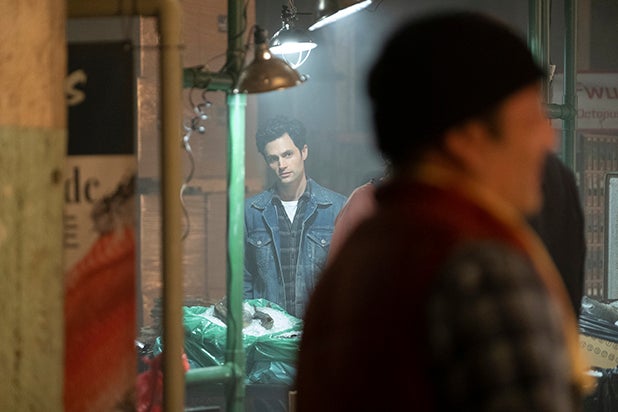