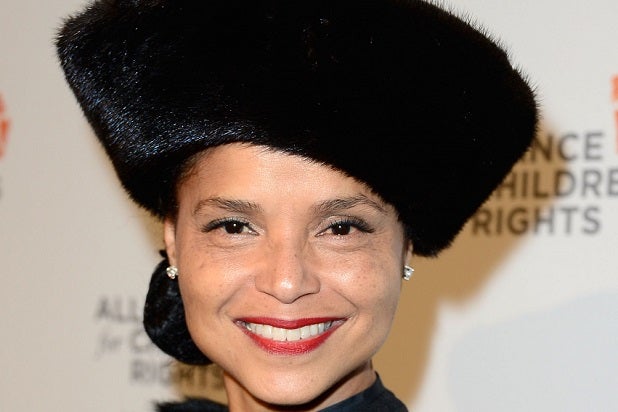 UPDATE, Wednesday 4:09 p.m.: CBS has responded to Rowell’s lawsuit, telling TheWrap in a statement that the suit has “no merit” and that they will “vigorously defend” the case.

“We were disappointed to learn that, after leaving the cast of “The Young and the Restless” on her own initiative, Ms. Rowell has attempted to rewrite that history through lawyers’ letters and a lawsuit that has no merit.  We harbor no ill will toward Ms. Rowell, but we will vigorously defend this case,” CBS said.

“The Young and the Restless” may be done with Drucilla, but the actress who played her isn’t done with the show. At least from a legal standpoint.

Victoria Rowell, who played Drucilla Barber Winters on the daytime soap, has filed suit against CBS and Sony Pictures, claiming that she wasn’t re-hired in retaliation for her “public and private complaints regarding the lack of diversity in front of and behind the camera on the show.”

Rowell, who joined “Y&R” in 1990, claims she “reluctantly left the show in 2007 after facing years of racial discrimination” and sought to either return to the soap or join its sister series “The Bold and the Beautiful,” beginning in 2010. However, according to a press release issued Wednesday, her requests have been denied “by those in charge of hiring at Sony and at Bell-Phillip Television Production Inc., with CBS’s CEO allegedly pulling their strings.”

The actress notably went off on a Twitter tirade in March 2014, saying that the show has a distressing lack of African-Americans in key positions.

Also Read: Victoria Rowell Slams 'Young and the Restless' Over Lack of Diversity: Not One Black Exec Producer

“Young & Restless on air for 40 years, loyally watched by their absolute competitive-edge audience (blacks) & not ONE black Exec PRODUCER?” Rowell tweeted at the time.

“ONE black writer in 40 years on a program overwhelmingly watched by African Americans,” she added.

Sony Pictures Television had no comment for TheWrap on the lawsuit.

Rowell is being represented by a number of firms in the case, including Washington, DC-based Mehri & Skalet, PLLC, New York City-based counsel Valli Kane and Vagnini LLP and California-based lHadsell Stormer & Renick LLP.