In response to Russia’s invasion of Ukraine, YouTube announced on Saturday that it will cut off ad revenue for multiple Russian state channels, including state-funded media outlet RT.

“In light of extraordinary circumstances in Ukraine…we’re pausing a number of channels’ ability to monetize on YouTube, including several Russian channels affiliated with recent sanctions,” YouTube, which is operated by Google, said in a statement.

In addition, the site will reduce the frequency that the affected channels’ videos appear in recommendations and will restrict access to RT’s videos in Ukraine in response to a request from the country’s minister of culture Oleksandr Tkachenko, who urged the site to curb the spread of Russian state propaganda. TV providers like DirecTV and Dish have also faced calls to no longer carry RT on their service. 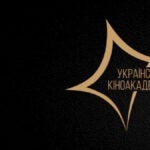 “Disinformation, misinformation and weaponized lies are primary tools of the Kremlin to support, excuse and evade sanction for its illegal and outrageous invasion of Ukraine,” Tkachenko wrote.

YouTube did not specifically list the channels it has demonetized, but Ukraine Digital Minister Mykhailo Fedorov has sent out his own letter to YouTube and Meta asking it “to block the propagandist Russian channels — such as Russia 24, TASS, RIA Novosti.”

YouTube’s move comes a day after Meta announced similar restrictions on Facebook and Instagram, saying the company was enacting new restrictions “prohibiting Russian state media from running ads or monetizing on our platform anywhere in the world.”