The Ukrainian Film Academy, which represents the nation’s filmmaking professionals, is calling for an international boycott of Russian cinema in light of Russia’s continued invasion of Ukraine.

In a Change.org petition created Friday, the Academy asked several European and international filmmaking institutions, producers and distributors to terminate business dealings with the Russian Federation.

“The outbreak of war in Ukraine is an attack on a civilized world with a democratic system, a crime committed in the heart of Europe,” reads the statement. 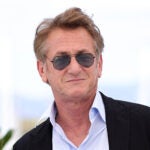 “But at a time when world powers are imposing economic and political sanctions on the Russian Federation, the country continues to be active in the cultural field. In particular, several films made by Russia are regularly admitted to the programs of most world film festivals, and significant resources are spent on their promotion.”

The petition claims that this activity not only leads to “the spread of propaganda messages and distorted facts,” but also “boosts the loyalty of Russian culture – the culture of the aggressor state, which unleashed unjustified and unprovoked war in central Europe,” it continues. “Even the very presence of Russian films in the program of world film festivals creates the illusion of Russia’s involvement in the values of the civilized world.”

Following this introduction, the letter encourages the EU-wide Council of Europe to “exclude Russia from the Eurimages,” the European Cinema Support Fund that funds the production and exhbition of independent films. In addition, it asks the Council to end any co-production agreements with Russia and to bar it from participation in the European Convention on Cinematographic Co-Production.

Also Read:
SAG-AFTRA Says It Stands ‘in Solidarity’ With Ukraine Amid Russian ‘War of Aggression’

The petition goes on to ask international festivals to ban Russian films from entry and for producers and distributors to withdraw any production activity from Russian soil.

Specifically, it instructs producers to stop licensing film rights to any Russian territories and to end any contracts with the Russian Federation or Russian business entities. “Remember that the business that will use your films pays taxes to the Russian budget, which finances the army that violated the borders of an independent state, and buys missiles to bomb the civilian population of Europe,” it reminds. 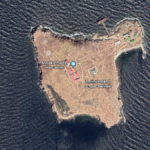 More broadly, the Ukrainian Film Academy encourages the members of pan-European film associations to cut off audiovisual producers who support the war against Ukraine, “in particular the distribution of audiovisual works in the member countries with the participation of actors and public figures supporting the Russian crime.”

As European filmmakers are figuring out how to aid their Ukrainian peers, other sectors of culture have begun applying the pressure. Yesterday, Formula One canceled the 2022 Russian Grand Prix, ESPN’s most-watched race of 2021. Also yesterday, the European Broadasting Union announced that Russia is banned from competing in popular song contest Eurovision.