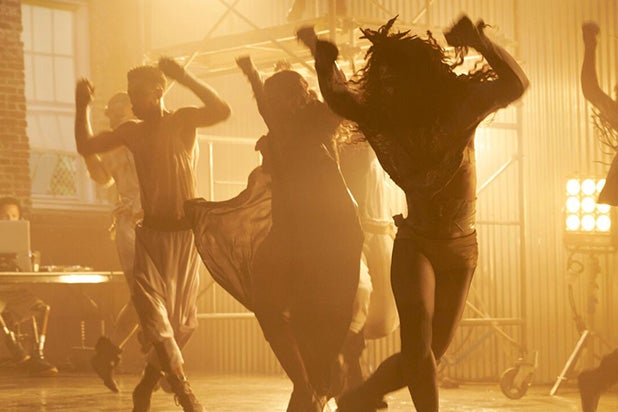 YouTube is following the lead of other streamers and making some of its content available for free amid the coronavirus pandemic.

For a limited time the platform will make a few of its original series, including the now-canceled “Escape The Night,” “Step Up: Highwater” and “Impulse,” free to stream for a limited time. A number of kids and family series will also become available, as will additional titles in coming weeks.

“As people cope with a more limited way of life, we remain committed to lifting peoples’ spirits during these challenging times,” Susanne Daniels, YouTube’s global head of original content, said in a statement. “With a diverse collection of fan favorite YouTube Originals now available to stream for free, we are continuing to promote safety while offering our users of all ages entertainment across the globe.”

The shows come out from behind the paywall beginning Wednesday, and will run without ads. It comes as part of YouTube’s “#StayHome #WithMe” campaign encouraging users to restrict their movement in order to limit the spread of COVID-19. Other networks like AMC and HBO have made similar moves to make some of their content free for the coming weeks.

“Escape The Night”
Created and hosted by Joey Graceffa, “Escape the Night” features Joey venturing into purgatory to rescue his friends, who have fallen in past eras, from the clutches of the Collector. However, Joey’s rescue mission soon becomes a survival mission as the Collector’s Museum of the Dead comes to life. The series is produced by Brian Graden Media.

“Matpat’s Game Lab”
MatPat’s Game Lab is a reality series and 360-degree VR experience where Matthew Patrick (better known as MatPat) explores the real-life science behind popular video games by throwing gamers into the high-stakes scenarios they play through every day, from water jetpacks to haunted pizzerias.

“Impulse”
This critically-acclaimed supernatural thriller stars Maddie Hasson as Henrietta “Henry” Coles, a rebellious 17-year-old girl who has always felt different from her peers and longs to escape from her seemingly quaint small town. During a traumatic event, she discovers she has the extraordinary ability to teleport — but it now makes her the focus of those who want to control her. The series is produced by UCP (Universal Content Productions), Hypnotic and showrunner and executive producer Lauren LeFranc.

“Sherwood,” new episodes available free-to-stream weekly
Teen hacker Robin of Sherwood joins forces with a group of renegades to battle the elements of the flooded streets of 23rd century London to defeat the mad Sheriff of Nottingham in this action-packed update of the Robin Hood legend. For the first time, “Sherwood” will be available in up to 8 different languages, including English, Brazilian Portuguese, French, German, Japanese, Korean, Latin American Spanish and Russian. The series was nominated for two Kidscreen Awards. The ten-episode series is produced by Baby Octopus, Toybox (New Zealand) and Giant Animation (Ireland).

“We Are Savvy,” available free-to-stream beginning April 13
Each half hour episode is introduced by Annie LeBlanc of the Bratayley YouTube channel, alongside segment hosts Spencer Barbosa, Tehya Silbermann and Sarah Webber who explore a broad range of topics ranging from handy DIYs and life hacks, to inspiring peer profiles and celebrity interviews including, singer Alessia Cara, Supermodel Coco Rocha, Nashville stars Lennon and Maisy and more! We Are Savvy is produced by B Minors Productions, a division of Banger Films, and is distributed globally by DHX Media.

“Hyperlinked,” available free-to-stream beginning May 4
The 10-episode series follows a group of girls as they come together to create their own website that’s by girls for girls while also dealing with everyday tween issues involving friendship and growing up. The series is inspired by the true story of the Miss O and Friends website and stars popular music group, L2M. It is produced by Kids at Play and Miss O and Friends.

“Fruit Ninja Frenzy Force,” available free-to-stream beginning June 1
Based on the hit video game franchise, four new Fruit Ninjas rise to rediscover the long lost art of Juice Jitsu. Their mission – to unlock hidden powers through the slicing of fruit and to protect their neighbors from bizarre villains they never knew existed. For the first time, “Fruit Ninja Frenzy Force” will be available in up to 9 different languages, including English, Brazilian Portuguese, French, German, Indonesian, Japanese, Korean, Latin American Spanish and Russian. The series was awarded the Daytime Emmy for Outstanding Interactive Media. The series is produced by Halfbrick Studios, the original creator of the Fruit Ninja game, in partnership with Toonz Entertainment and Kickstart Productions.

“Kings of Atlantis,” available free-to-stream beginning June 29
From the creators of TheAtlanticCraft, Kings of Atlantis is a thrilling, fun and epic animated series that follows Joe and Cody, two deposed, young monarchs of the vast underwater city of Atlantis as they seek to overthrow the brutal usurper of their kingdom and protect their people from this reign. They are brothers, pranksters and soon-to-be heroes! For the first time, “Kings of Atlantis” will be available in up to 9 different languages, including English, Brazilian Portuguese, French, German, Indonesian, Japanese, Korean, Latin American Spanish and Russian. The thirteen-episode series is produced by Omnia Media in association with Mighty Coconut.