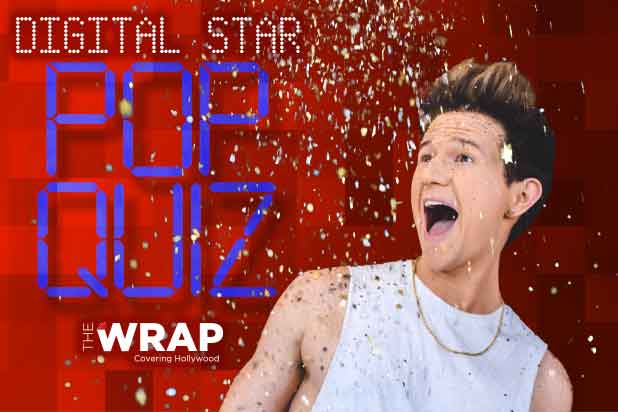 Ricky Dillon is spending more time in the spotlight, literally.

The singer-songwriter, whose YouTube channel has more than 2.8 million subscribers, last week wrapped up his first concert tour, which hit 13 U.S. cities, and he has an eye on taking his performances abroad.

Although digital stars spur their fame online, live appearances are an integral part of widening their fan base and making money. It is an exploding business: DigiTour, the biggest producer of live social-star events, last year predicted that its own shows would draw 350,000 attendees in 2015, up from 120,000 the year before.

The performances tend to be “like YouTube in real life,” Dillon told TheWrap. “This is a full-on show: I have costumes, I have a band.”

Dillon kick-started his online following as a member of YouTube “super-group” Our2ndLife, mixing confessional video-blog clips with his performances of music covers and original songs. After the group disbanded two years ago, Dillon focused more on music, releasing singles in 2014, an EP last year and, most recently, his first album, “Gold.”

The album, which peaked at No. 4 on the iTunes Pop charts, drove Dillon in new directions: His single “Problematic” brought about a collaboration with rapper Snoop Dogg.

Dillon sat down with TheWrap for a Digital Star Pop Quiz, discussing what it was like to work with the rapper he calls an icon and his take on the evolving definition of fame. The following is an edited Q&A.

TheWrap: What was it like working with Snoop Dogg?

Ricky Dillon: I grew up listening and seeing him everywhere, he’s an icon. It was crazy to be in the same room, but he was so nice. At first I felt very starstruck, but once we started talking and working, he was welcoming. When I first walked in, he yelled out at me, calling me Slick Rick.

Does anyone else call you that?

People can, but he made it up. His next album is going to be called Slick Rick. Just kidding.

Do you consider yourself a celebrity?

People can say I am, but I don’t see myself as one, because I’m just me. Anybody who is well known could be considered a celebrity. It’s definitely different than it used to be. It’s a lot easier now for anybody to work hard to become a celebrity. Nowadays, if you have a computer, you can essentially grow yourself into a celebrity. But you have to be genuine. Anybody and everyone wants to be famous. The difference is people who are genuine, or passionate, or creative, or relatable. If someone does it just to become famous, successful or rich, people see through that.

Is it different visiting your hometown now that you’re a known personality?

I visited my high school two years ago, and it turned into a meet-and-greet. I went to visit my old teachers, but as I was walking down the halls, people started freaking out and asking for pictures. Word spread that this YouTuber was in school, and everyone was freaking out whether they knew who I was or not. It turned into a crazy commotion, I feel bad that I disrupted school.

What was the first instance when you were recognized in public?

My first time was by multiple people at once, not one person. Remember the band Hot Chelle Rae? I went to their concert a few years ago when I had, maybe, 20,000 subscribers on YouTube. I had a following, but not what it is now. I was waiting after the concert to meet the band, and while I was standing around with other fans, I was recognized by about 10 people. Then other fans thought I must be part of the band — people didn’t realize I was standing there waiting to meet the group just like them.

What’s one of your dream projects?

To play a superhero. Growing up, I loved comics, and I love all the Marvel and DC movies and shows. Whatever superhero I play, I’d definitely want to be able to fly. But I’d be a bad Superman, I’m not buff enough. I’m tall, I could be a good Spider-Man. He can’t fly, but he can swing around.

You’re an animal lover but you don’t have any pets. What’s going to be your first?

It’s going to sound crazy, but I want a pig. I follow a breeder on Instagram, because you have to do research with pigs. Some of them can get really big, but others stay small. And they’re really smart, they’re like dogs.