YouTube TV will be dropping Disney channels such as ABC and ESPN from its service Friday if negotiations don’t result in a renewed contract between the two, YouTube TV warned subscribers on Monday. Disney countered with its own statement that they are “optimistic” it can reach a deal with YouTube TV before the current distribution deal expires.

In a statement, YouTube announced that they’re in negotiations with Disney to continue distributing their content on YouTube TV – which includes ABC, ESPN, Freeform, FX networks and National Geographic – but as of right now have been unable to “reach an equitable agreement.”

“Disney is an important partner for us and we’re in active conversations with them and working hard to keep their content on YouTube TV,” the statement to all YouTube TV subscribers reads. “Our ask to Disney, as with all our partners, is to treat YouTube TV like any other TV provider – by offering us the same rates that services of a similar size pay, across Disney’s channels for as long as we carry them.” 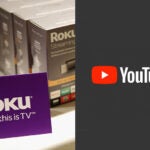 If a deal is unable to be reached by Friday at 11:59 p.m. ET, Disney-owned channels will be dropped from the service and YouTube TV will decrease its monthly price by $15, from $64.99 to $49.99 while the content remains off the platform.

YouTube TV counts around 4 million subscribers, which is right around the same as Hulu’s Live TV service. Both of those are far behind the major distributors like Comcast, AT&T and Spectrum, which have between 15 and 20 million paying customers.

Disney released its own statement, stating in part that “Disney Media and Entertainment Distribution has a highly successful track record of negotiating such agreements with providers of all types and sizes across the country and is committed to working with Google to reach a fair, market-based agreement,” The statement continued with optimism that a deal would be reached before Disney’s channels are pulled. “We are optimistic that we can reach a deal and continue to provide their YouTube TV customers with our live sporting events and news coverage plus kids, family and general entertainment programming.”