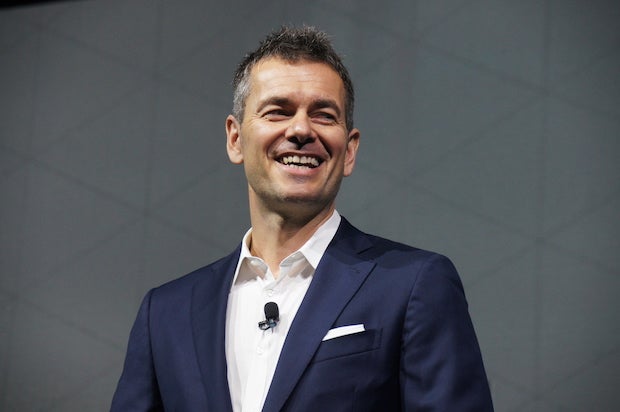 Digital video is going to displace TV, but that could be a boon for TV networks, top YouTube chief business officer Robert Kyncl said in an interview Thursday with TheWrap.

At a keynote presentation at the Consumer Electronics Show in Las Vegas Thursday, Kyncl listed reasons that digital video would displace TV, predicting it would become the single largest way people spend their free time by the end of this decade.

But in an exclusive interview with TheWrap following his speech, Kyncl said his prediction of TV’s demise is less focused on who makes the content but how it’s delivered.

Also Read: NBCUniversal's Steve Burke on What Gives Him More Headaches Than Netflix

“When I say that 75 percent of all video will be transmitted through the Internet, that doesn’t necessarily mean it’s video made for the Internet,” he said. “It will also be content from ABC, NBC — people who have honed their craft.”

“I don’t think they should feel threatened — this is positive for the content industry,” he said.

Digital video, however, is a key factor in a pronounced slide in television ratings in the last year, particularly at cable networks.

For traditional TV companies that rely on ratings to determine how much money they make from advertising, online video options like Netflix and YouTube are siphoning away the fuel of their core businesses.

YouTube is the biggest video website in the world, with more than 1 billion people visiting it monthly — one out of every seven people on the planet. The site’s origin in user-generated content secured its reputation for prank clips and cat videos, but as its reach has grown, the content on the site has diversified to include more sophisticated material.

YouTube’s immense audience has lured traditional entertainment companies to distribute content on the platform, to acquire digital upstarts, and to seek out next-generation talent who rose to prominence on the site.

The average time people spend watching video on their mobile device is 40 minutes, an increase of 50 percent from a year earlier.