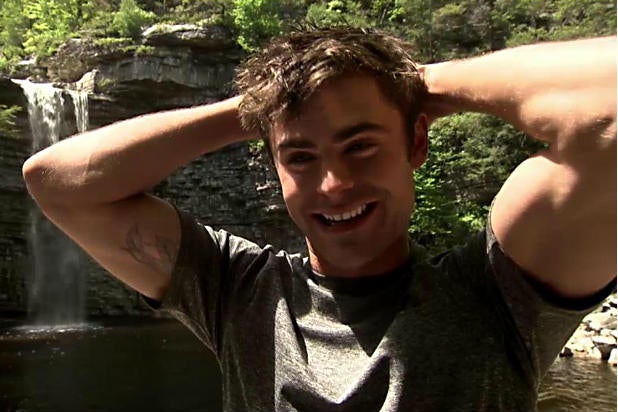 Zac Efron felt so comfortable “Running Wild With Bear Grylls” that he opened up to the British adventurer about his addiction to “social lubricant.”

The actor, who may have finally broken out of his “High School Musical” stardom with hit R-rated comedy “Neighbors,” said it was his sudden rise to fame as a teenager that prompted him to turn to the unspecified “lubricant.”

See video: Zac Efron and Bear Grylls Tear Shirts Off and Rappel Down a Waterfall Together

“It was just so quick. It was shocking. The challenging part was never the work, that was never it. It was sort of the in-between work– the social aspects outside of it,” Efron said during a trek through the Catskills Mountains. “Everywhere you go [there are people watching] and it can be confusing, and pretty soon you need a social lubricant.”

Efron’s struggle with addiction has been widely speculated by the media, with a number of outlets reporting a stint in rehab last year for alcohol and drug abuse. He didn’t tell Grylls the substance he was abusing, but explained he knew he had a problem.

“It got to the point where I was caring less about the work and waiting more for the weekend where I couldn’t wait to go out and let loose and have fun,” Efron said. “But when Monday and Tuesday were difficult to get through, I thought, ‘This is bad.'”

Efron emphasized that he is now fully focused on work in both his profession and personal life.

“I just really never again want to take anything from the outside in to feel comfortable in my present skin, and that takes a lot of work,” Efron said. “It’s just meditation and stopping and slowing down your brain.”