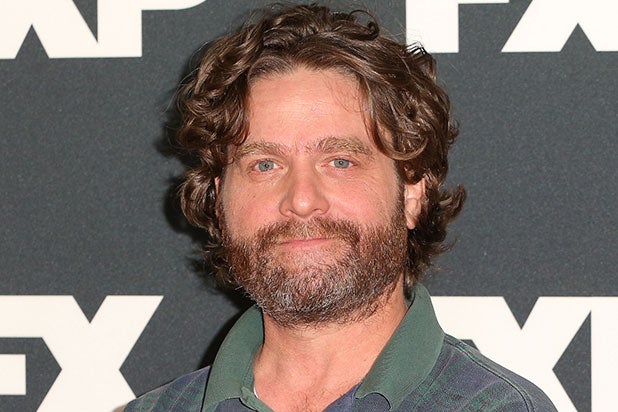 Zach Galifianakis has joined Ava DuVernay’s “A Wrinkle in Time,” the upcoming film based on the classic children’s novel, Disney announced on Tuesday.

Bellamy Young, Rowan Blanchard and Will McCormack round out the cast of Disney’s live-action adaptation.

Also Read: Kevin Hart to Star as Santa Claus in Disney's 'Dashing Through the Snow'

Reid will play the book’s famed main character, a high school-aged girl named Meg Murry who has been struggling ever since her scientist dad (Pine) went missing.

Meg finds herself transported on an adventure through time and space with her younger brother, Charles Wallace, and her friend, Calvin O’Keefe, to find her father and rescue him from the evil forces that hold him prisoner on another planet.

They are aided in their journey by Mrs. Whatsit (Witherspoon), Mrs. Who (Kaling) and Mrs. Which (Winfrey).

Galifianakis will play a character named Happy Medium, who can peer through time and space.

DuVernay is hoping to break ground with “A Wrinkle in Time” by making a big tentpole movie with a diverse cast, TheWrap has previously learned.

In a statement issued Tuesday, the director called it “a cool, quirky tale of an imperfect girl on an otherworldly expedition that has been praised and banned, dissected and celebrated the world over for more than 50 years.”

Filming is scheduled for the end of November in the Los Angeles area. Two weeks of filming in New Zealand is also scheduled.

Jennifer Lee (“Frozen”) is writing the script, which is based on Madeleine L’Engle’s book series “Time Quartet.”