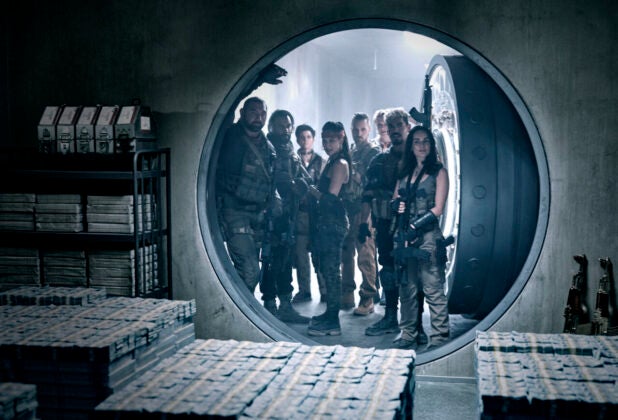 “Justice League” isn’t the only film Zach Snyder is putting out this year. Netflix announced on Sunday that it will release the director’s upcoming zombie film “Army of the Dead” on May 21, two months after the long-demanded “Snyder Cut” is set to hit HBO Max.

In a mashup of “Ocean’s Eleven” and “Dawn of the Dead,” “Army of the Dead” stars Dave Bautista as the head of a team of mercenaries that tries to steal countless millions from a Vegas casino during a zombie invasion. The film was first announced in 2008 as a sequel to Universal’s remake of “Dawn of the Dead,” but spent years in development hell before Netflix picked up the rights in 2019.

Army of the Dead. May 21. pic.twitter.com/yZgFynJhRq

Reshoots have been a major element of Snyder films lately. The upcoming release of “Zach Snyder’s Justice League” required a week of reshoots involving several members of the cast, including Ben Affleck and Gal Gadot, to help create the original vision for the DC blockbuster that Snyder had before he stepped down as director. That film is set for release on HBO Max on March 18.

A new teaser for “Army of the Dead” will be released this Thursday.