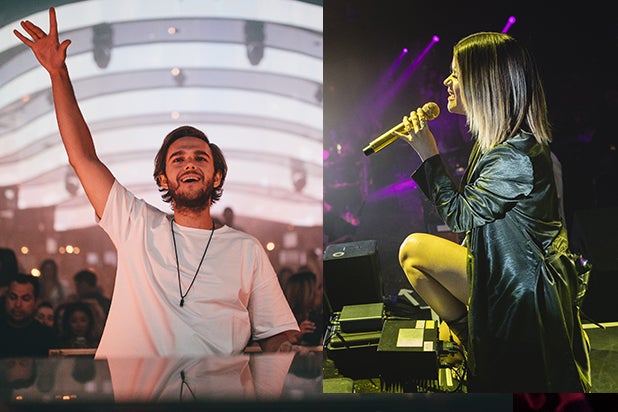 Zedd and Maren Morris performed their number one hit "The Middle" together for the first time ever at Omnia Las Vegas on Saturday night, April 28. (Joe Janet/Hakkasan Group)

Not all the country stars were at Stagecoach country music festival this weekend.

While you were sleeping Sunday morning, Grammy-winner Maren Morris popped up at Omnia Las Vegas at 2:30 a.m. to perform “The Middle,” her No. 1 hit with Zedd.

Curiously, this is the first time the two stars have performed the song together live… ever. 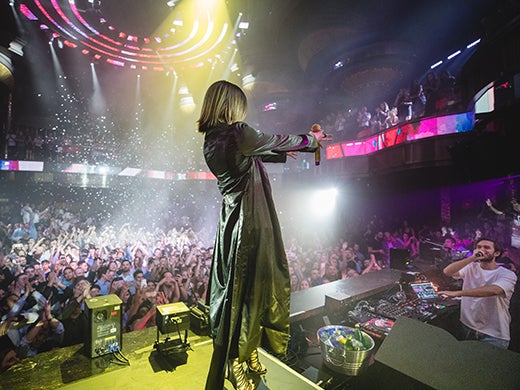 “It’s kind of crazy considering the song’s been out for a little bit,” Zedd said backstage. “I’ve been playing the song here since it came out and every week I’ve seen it get bigger and bigger.”

“Do they freak out?” Morris interjected, asking the resident DJ to brace her for the spirited Vegas scene. The 28-year-old country crossover star — and newlywed — had never been to the Omnia party palace before. 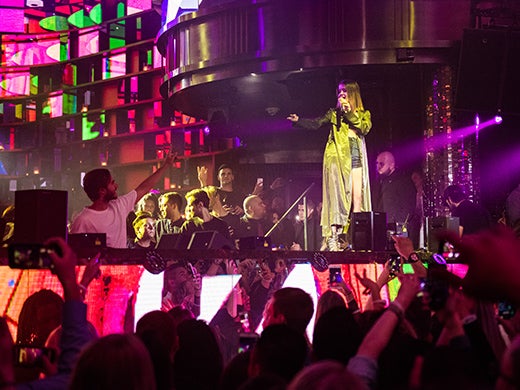 Morris walked out with mic in hand and launched in to the song immediately. (Michael Kirschbaum)

Just Meet Me in the Middle… of the dance floor

Since its late January release, the Interscope single “The Middle” has racked up over 30 million YouTube views and wormed its way into Morris’ own head.

“I’m excited to hear it every time I get in my car. It’s relentlessly infectious,” she said. “It’s been an amazing few months being a part of this song.”

The success makes it all the more curious that the duo never performed it together until now.

The duo’s choice to debut it at Omnia — known as the home of Calvin Harris, Martin Garrix, Porter Robinson and Kaskade — adds heft to the heavyweight Vegas playground as a legitimate promotional platform. By way of comparison, when Ariana Grande wanted to promo her new single only a week ago, she borrowed some of Kygo’s main stage time at Coachella. A big bite.

Even within Vegas, the nationally televised Billboard Awards are only three weeks away. That could have been an alternative prime promo platform for this collaboration. Instead, these two synched up under the famous Omnia chandelier.

Zedd is in the second year of a long-term relationship with the Hakkasan Group property. He recently christened the new Omnia Day Club in Cabo San Lucas and has a deep relationship with the brand, which could explain the comfort in making a splash in his own proverbial backyard. The globetrotting producer touched down in Vegas from Philadelphia, where he played a post-game concert on the field after the Phillies beat the Braves on Friday night.

Morris is off to tour Australia before a schedule of outdoor dates across the U.S. in the peak of summer.

“2:30 a.m. vibes. Zedd, you throw a damn good party,” Morris posted on her Instagram afterwards. Catch a video clip of the performance by clicking through Morris’ carousel post (above).