Zendaya, “The Crown” star Josh O’Connor and “West Side Story” actor Mike Faist have been tapped to star in a new film from Luca Guadagnino called “Challengers” at MGM, according to a report first in Puck.

“Challengers” is a romantic, sports-themed romance set in the world of pro tennis and stars Zendaya as a player turned coach who has managed to transform her husband (Faist) into a Grand Slam champion. But when he gets stuck on a recent losing streak, she makes him enter a “Challenger” event on the lowest rung of the pro circuit, only to discover he has to face an opponent (O’Connor) who is also his former best friend and his wife’s former boyfriend.

Zendaya’s deal has closed, while Faist and O’Connor remain in talks. Reps for MGM did not immediately respond to a request for comment. 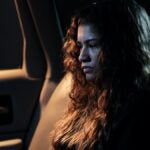 MGM recently picked up the rights to “Challengers” for Guadagnino to direct, and the film is based on a script from Justin Kuritzkes that landed on the 2021 Black List of the most liked unproduced screenplays.

Amy Pascal is producing “Challengers” through her Pascal Pictures banner, and Zendaya and Guadagnino will also produce. The film hopes to begin shooting this spring on the East coast.

Zendaya stars in “Euphoria” and is one of the leads of both “Spider-Man: No Way Home” and “Dune,” the former of which is one of the biggest blockbusters of all time, the latter which just got nominated for 10 Oscars. 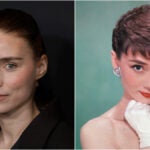 O’Connor won an Emmy for his work on “The Crown” and recently starred in “Mothering Sunday.” He’s been buzzy of late and has recently joined the cast of “Lee” with Kate Winslet and “The History of Sound” with Paul Mescal.

Faist broke out with his role as Riff in Steven Spielberg’s “West Side Story,” earning a BAFTA nomination for his work, and he also was nominated for a Tony for appearing on Broadway in “Dear Evan Hansen.”

Guadagnino is in post-production on “Bones & All” starring Timothee Chalamet, and he’s also meant to direct an Audrey Hepburn biopic at Apple starring Rooney Mara.