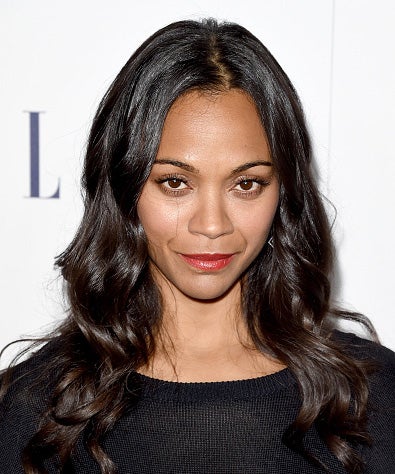 Zoe Saldana has a bit of advice for people who are wary of the growing Latin influence in the United States: Get used to it, because it’s not going away.

“Avatar” actress Saldana appears in the December 2015/January 2016 issue of Latina magazine, offering her thoughts on the ever-more-heated immigration debate.

Asked what she would say to people who are “scared by the Latinization of America,” the actress was blunt.

“You can’t kill us. You can’t send us back. We are millions and millions here because it is our time to migrate. We are the youngest culture. We are doing what your people did,” the actress, whose background includes Dominican and Puerto Rican lineage, said. “So shut up and just deal with it. Adjust your laws, because it’s not going away.”

The actress did, however, allow some measure of sympathy for the anti-immigration crowd.

“If anything, I want to give them a hug, and say, “It’s OK. It’s new. Don’t be scared. We’re great people. We’re gonna do great and better things for your country. Trust me,'” Saldana continued. “We’re not angry either. We’re a culture that isn’t angry.”

In the interview, Saldana compared Latino immigrants to previous waves of immigrants.

“The only true American here is the Native American. Everyone else is a transplant. We’re going through the exact same thing the Italians went through, the Irish, the Jews and the Asians,” she said. “In different ways, but it’s been very similar.”