Zoe Saldana now says she regrets taking the lead role in a 2016 biopic of singer Nina Simone, saying the part should have gone to a Black woman.

The “Avatar” and “Star Trek” actress came under heavy criticism, including by Simone’s daughter, for her casting in “Nina” — as well as for wearing skin-darkening makeup and a prosthetic nose.

Saldana said another actress should “step up” to tell Simone’s story properly and regrets that her story wasn’t told with an appropriate attention to detail. She’s hurt that Simone’s music has been appropriated in car commercials and yet her name isn’t universally known, and she hopes a film can accomplish that someday. 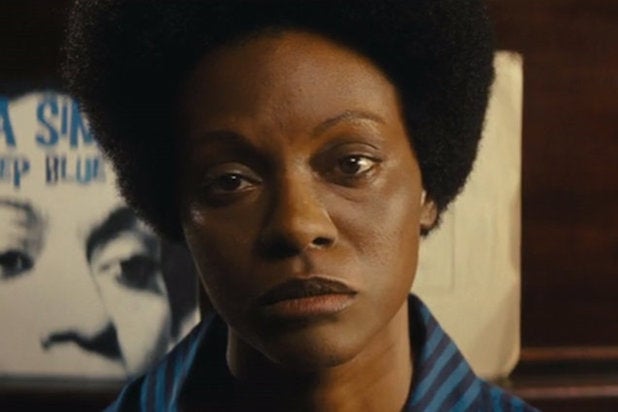 “I thought back then that I had the permission because I was a Black woman. And I am. But it was Nina Simone. And Nina had a life and she had a journey that should be honored to the most specific detail, because she was a specifically detailed individual, about her voice, her opinions, her music, her art, her views. And she deserved better. So that said, I’m so sorry, because I love her music,” Saldana said. “She’s one of our giants. Someone else should step up. Someone else should tell her story.”

Saldana had initially passed on the role of Simone after rumors first began circulating that she would take the part, but the debate grew after first look images for the film surfaced. Simone Kelly, Simone’s daughter, at first criticized the casting choice, telling the New York Times, “My mother was raised at a time when she was told her nose was too wide, her skin was too dark.” Kelly also later acknowledged that Saldana was not wholly to blame.

“It’s unfortunate that Zoe Saldana is being attacked so viciously when she is someone who is part of a larger picture,” Kelly told Time magazine. “It’s clear she brought her best to this project, but unfortunately she’s being attacked when she’s not responsible for any of the writing or the lies.”

Saldana described her learning experience in the last few years since taking the part as “painful,” but also said she’s grown from the experience.

“I know better today, and I’m not going to do that again. Never. I’m still learning, and I’ve been processing it for 10 years,” Saldana said. “I’m not going to allow people to violate me to make me feel less than, but I am going to be open.”

Listen to the conversation between Saldana and Canals below, and find the segment about Simone beginning at around the 41 minute mark.