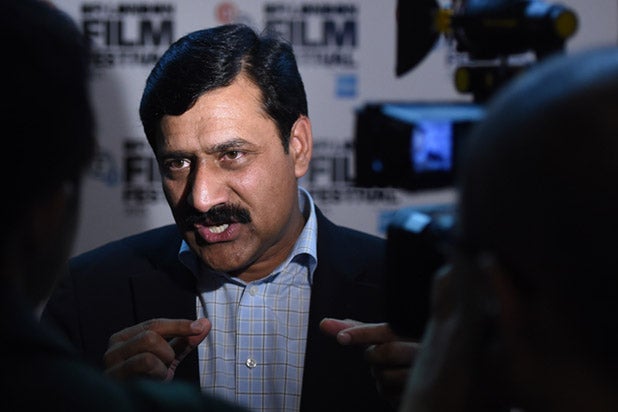 Ziauddin Yousafzai, the father of education activist Malala Yousafzai, called out Donald Trump for his anti-Muslim immigration comments on Wednesday.

“We have to be together to disown and to isolate all kinds of Donald Trumps, and people like Taliban … or Boko Haram or ISIS, people who spread hate and discrimination,” Yousafzai said. “We have to isolate them, because this world belongs to us and we belong to it, and we need to have harmony in our societies and our countries.”

Yousafzai also expressed disbelief that Trump has been able to gather a large enough following to become the Republican frontrunner.

“In a country like America, there should be no space for it. I don’t believe how finds so many followers,” he said. “This shows us a different face of America.”

He continued: “The Pakistanis I know who are in America, they love America too much, so they should not be punished for being a Muslim, for being a Pakistani. So a person who stands and he talks like that, it is a very hard thing for many, many people.”

Yousafzai was appearing at the 2016 Television Critics Association winter press tour via Skype to promote the documentary “He Named Me Malala,” which is set to air on the National Geographic Channel on Feb. 29.

The documentary’s director, Davis Guggenheim, also offered his own criticism of Trump.

“When I was a student and I was studying McCarthyism, i would say to myself, ‘Boy I’m glad I don’t live in a time like that,'” Guggenheim said. “Now that Donald Trump’s voice is so strong and so mainstream, it really worries me that my children are growing up in a time like that.”