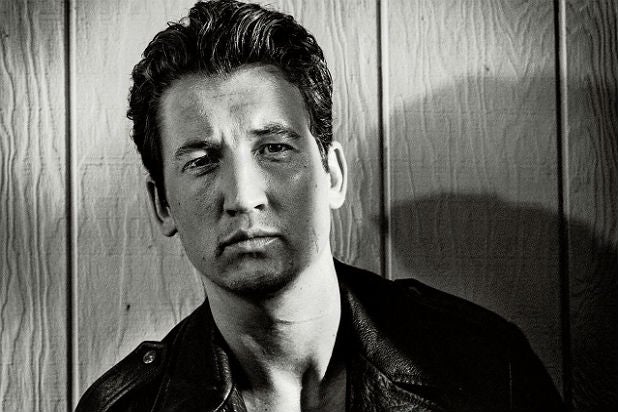 Miles Teller faced off with JK Simmons’ sadistic music teacher in “Whiplash” and now the actor is taking on Esquire Magazine.

While the “Fantastic Four” star undoubtedly comes off as brash in the interview for the newest issue’s cover story, Teller took great offense at the subhead on the feature and subsequent tweet that claimed he was “on a quest for greatness. Sometimes that can involve a bit of dickishness too.”

“@esquire couldn’t be more wrong. I don’t think there’s anything cool or entertaining about being a dick or an asshole. Very misrepresenting,” the 28-year-old actor tweeted back to the magazine on Wednesday.

In the article titled, “Miles Teller Is Young, Talented, and Doesn’t Give a Rat’s Ass What You Think,” journalist Anna Peele writes: “he is kind of a dick. But the thing is, you agree with him.”

The piece went on to describe examples of the actor’s “dickishness,” such as texting “Whiplash” director, Damien Chazelle asking “What the f–k, bro?” when he was cut from “La La Land,” telling a waitress that the highball glass he is holding is modeled after his penis, getting a a beer-inspired tattoo, or taking a stand against people who think he is ugly.

“I was thinking about that today, how I probably think I’m better-looking than the public thinks I am,” he said.

In a more personal moment of the story, Teller also went on to detail how he doesn’t have any friends left from college years at NYU after he sued his junior-year roommate’s insurance company following a car accident that left him facially-scarred.

Also Read: Miles Teller, Ruben Fleischer to Reteam for 'The Life and Times of the Stopwatch Gang' (Exclusive)

As for a video on TMZ from the BottleRock Napa Valley music and wine festival where his dancing made it appear that he was on drugs, “I don’t give a shit,” Teller said, after admitting that he hadn’t done a single play in college because he was high. “I can either censor myself or not, and you’re always trying to figure it out.

“Do you live your life with all these filters and censors because everyone has a camera? Or do you f–king dance how you would dance and have people say, ‘Oh, he’s on drugs’? I was drinking and was at a f–king Brett Dennen f–king concert.”

Teller ended the confrontational interview by calling an Uber and telling Peele that he was “requesting ‘Do not rape’ service” when she mentioned the recent sexual-assault accusations leveled at the company’s drivers.

Representatives for Teller have not yet responded to TheWrap‘s request for comment.

See the tweet correspondence between Teller and Esquire below.