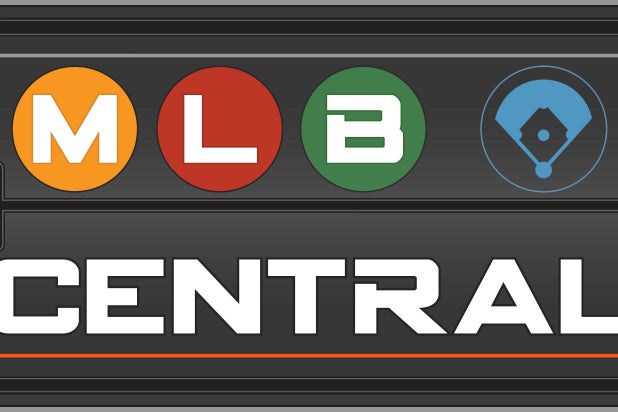 MLB Network has picked out a name and set the talent lineup for its first-ever regular season morning show, TheWrap has learned exclusively.

“Fans are thirsting for baseball around the clock, and live is always better,” Coordinating Producer Josh Bernstein told TheWrap as he explained the programming decision and the show’s timing. “Starting our programming day a little bit earlier with live stuff — it’s exciting, and if news breaks in the middle of the night, if something changes in the morning, we’re there.”

The three-hour morning show will be the first program to originate from MLB Network’s new, state-of-the-art 8,000 square foot Studio 21, named in honor of Hall-of-Fame baseball player Roberto Clemente’s number — a space that Bernstein promised is “mind-blowing.” The studio will also become home to the aforementioned “Quick Pitch” and the series “MLB Now.”

Those three are pretty stoked for their new morning show too.

“I’m looking forward to the fact that this show is going to be a little bit different in that it’s not as tightly formatted based on games in progress,” Vasgersian told TheWrap. “I appreciate the collaboration element of this a lot, and we’ve all taken equal stakes in coming up with segment ideas in pre-production.”

“MLB Central” will air live each weekday morning, with updates and context on the latest news, on-field highlights, and long-form conversations with guests, celebrities, and insiders from around the league.

Each show will begin with “The Wake-Up Call,” a look at the biggest highlights and news stories in . DeRosa will give his opinion on the latest on-field performances in “The D-Train,” and the show’s analysts will offer their daily take on the hottest players and best moves in the world of fantasy baseball. Towards the end of the 180-minute block, as the 1 p.m. ET baseball games ready their first pitch, “MLB Central” will shift into pregame mode.

Other recurring features will include interviews with MLB players, managers and others inside the clubhouse and a segment inspired by the MLB Network trivia show “Baseball IQ.”

Not Quite America's Pastime: 10 Obscure Sports That Made it To the Big Screen (Photos)

In honor of Wednesday’s World Series opener, TheWrap presents niche sports that found a way to bring audiences to their feet.

"Rush"
Ron Howard's "Rush" shined a spotlight Formula One racing. Though popular in Europe, the sport has a minimal following in the States. That held true at the box office as well --"Rush" had a soft draw in the U.S. but fared better overseas.
View In Gallery