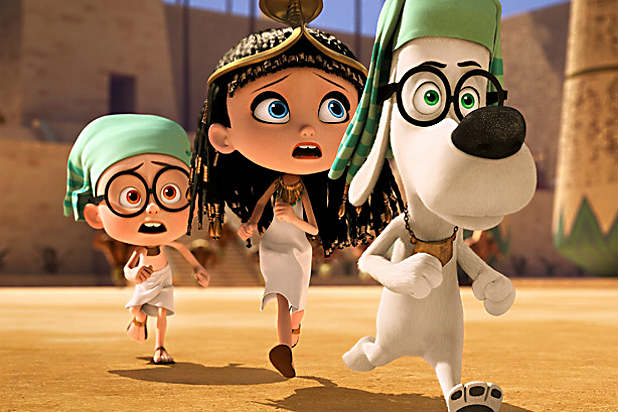 DreamWorks Animation now has what every movie studio wants: it can get away with releasing movies that are not huge hits.

Studios can even make money off of their weaker-performing titles. At least that’s the message from a recent report by Janney Montgomery Scott analyst Tony Wible.

Advanced research indicates the animation studio’s next movie, “Mr. Peabody and Sherman,” featuring the voices of Ty Burrell, Leslie Mann and Stephen Colbert, will be its second film in a row to underperform at the box office — “Turbo” being the first. The upcoming movie based on characters from a 1960s TV show should gross between $25 and $30 million during its opening weekend for Fox, which is releasing the film, according to Wible.

Also read: DreamWorks Animation to Release Its Own Tablet: The DreamTab

Tracking based on Google search and social media indicates the movie will do better than previously expected, but even the revised numbers suggest a domestic total of $98 million. That is a low figure when compared to most of the company’s other movies, like the original “Shrek” ($267.7 million) and “How to Train Your Dragon” ($217.6 million), and even its more recent successes such as ‘The Croods.”  That is also slight given that every DreamWorks Animation movie costs upwards of $100 million. The movie has already opened in a few territories overseas, to mixed results.

So what is the company’s reward for these lower box office grosses? A surging stock price and investor confidence. Its stock has risen 83 percent over the last year. The company has managed to instill investors with confidence despite lower box office grosses by diversifying its business, making TV shows for Netflix, releasing toys and opening theme parks across the globe.

“DWA has reduced its reliance on film performance by monetizing its IP in other ways (i.e. TV and licensing),” Wible wrote. “We saw this with ‘Turbo,’ which had one of the worst box office performances in DWA history, but looks like it will be profitable and went on to become NFLX’s most popular animated”

DreamWorks Animation’s excessive reliance on its films’ performance at the box office spilled into “Rise of the Guardians,” the failure of which forced the company to lay off 350 employees. TheWrap has written extensively about DWA’s aggressive moves into other areas, from acquiring AwesomenessTV to a new daily YouTube show to its landmark deal with Netflix.

As Wible points out – and Netflix has acknowledged – the “Turbo” series with Netflix has been a huge success. The streaming service, which never discloses ratings, said it was “one of the most popular kids series ever on Netflix.” That helped make “Turbo” a success even though it wasn’t at the box office, and will protect DreamWorks Animation should “Peabody” have the same problem.