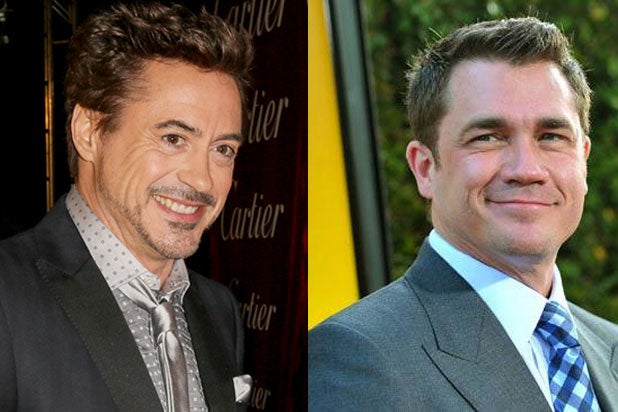 Tate Taylor has signed on to direct an untitled shark movie about the USS Indianapolis for Warner Bros. and Team Downey, an individual close to the project told TheWrap at Sundance.

Mike Jones will write the script for the film, which will be produced by Robert Downey Jr., Susan Downey and David Gambino. Warner Bros. executives Jon Berg and Nik Mavinkurve will oversee the project for the studio.

This year marks the 70th anniversary of the sinking of the USS Indianapolis, which left its crew members floating in shark-infested waters for five days.

Set in 1996, Taylor’s film is based on the true story of an 11-year-old boy’s school project regarding the tragic incident, which was famously recounted by Robert Shaw in Steven Spielberg’s “Jaws.” While ship captain Charles McVay was court-martialed over the USS Indianapolis’ secret mission to deliver the Hiroshima bomb, the boy investigates the truth behind the naval disaster and discovers McVay was actually a hero.

Taylor previously directed “The Help” and the James Brown movie “Get On Up,” while Jones has “In the Event of a Moon Disaster” set up at FilmNation.

CAA represents Taylor, Team Downey and Jones, who is also repped by the Gotham Group.