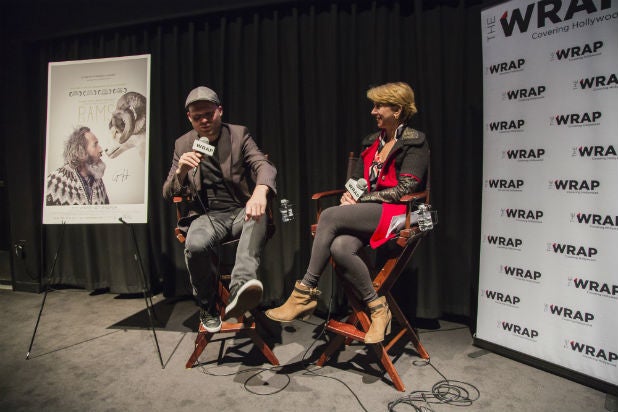 Grímur Hákonarson, the Icelandic filmmaker behind potential Oscar contender “Rams,” revealed that his film is based on a true story during TheWrap’s screening series on Monday.

The film, which won the Un Certain Regard Award at the 2015 Cannes Film Festival, follows two brothers who are both sheep farmers in a rural Icelandic community. They have not spoken in 40 years, but rather than focus on that relationship, Hákonarson wanted to “focus on the sheep.”

“There’s no love interest in the film in the conventional sense,” Hákonarson told moderator and TheWrap’s editor-in-chief Sharon Waxman at the Landmark Theater in Los Angeles. “Except between the brothers and the sheep.”

The film touches on the importance of sheep, which serve as the primary source of income and even food, in such isolated communities.

Authenticity was very important to Hákonarson, so he put the actors in what he called “intellectual rehearsal” long before filming began.

He had his two leads spend days on a real sheep farm and learn to interact with the animals, as well as how to operate farm machinery. He even gifted his two leads with a book about the history of sheep farming in Iceland.

The director also spoke about how he got into filmmaking, which began with his father sending him to acting lessons when he was eight. He then used money that he got from his confirmation ceremony to purchase a VHS camera and begin making short films.

Hákonarson also revealed that his next project is a documentary that he has been working on for the past two years called “Little Moscow.” That film focuses on a real Icelandic village that was once a bastion of socialism. Hákonarson  wants to highlight how the village has changed since the 1930’s.

TheWrap is screening 18 foreign language entries for the Academy Awards this year. Get on the list by subscribing to FirstTake.