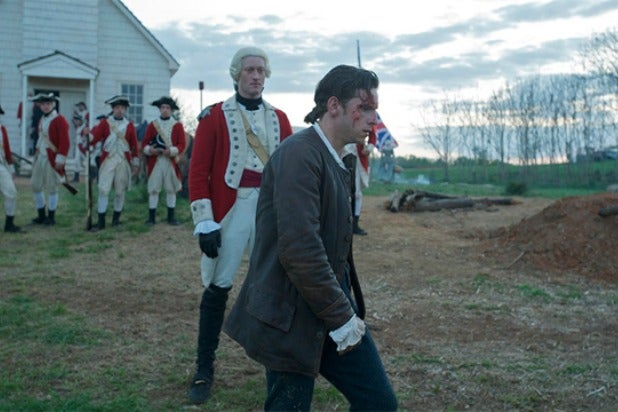 “Turn” showrunner Craig Silverstein says Americans who imagine the country was a simpler place during the Revolutionary War are deceiving themselves.

The series, AMC’s next great hope for a hit drama in the vein of “Mad Men” and “Breaking Bad,” is inspired by the true story of America’s first spy ring. A cast led by Jamie Bell explores a rebellion that caused families and neighbors to turn against one another as they tried to outwit the British.

It’s a complex, messy world that Silverstein doesn’t think is reflected in most of the teaching about the nation’s early years.

“My theory is that they’ve never seen the true story,” he said. “It’s really only taught – my meory is kind of sixth grade. … It’s a very black and white, red and blue David and Goliath tale.”

Answering to General George Washington, the conspirators find that spying means balancing a secret budget, inventing new methods of communication, and hurting people they care about.

“The truth is much more complicated,” Silverstein said. “It wasn’t just an invasion force against scrappy rebels. It was neighbors versus neighbors. … It was complicated then. That’s an America that I can recognize.”

The cast includes both Americans and Brits, and star Heather Lind — one of the Americans — said the Americans are sure to the Brits remember one small historical detail.

“The Americans do remind them that we won,” she said. “Often.”