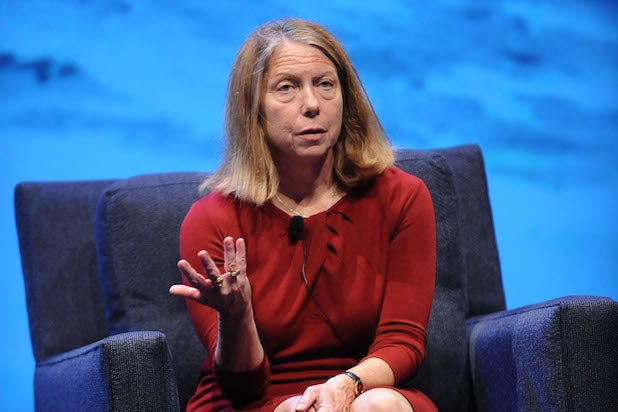 Moynihan’s Twitter thread accused her of “enormous factual errors, other cribbed passages [and] single or unsourced claims.” He said he had focused his plagiarism investigation on the section about Vice.

“Jill Abramson’s MERCHANTS OF TRUTH is an important, exhaustively researched and meticulously sourced book about the media business in a critical moment of transition,” Cary Goldstein, vice president and executive director of publicity for Simon & Schuster said in a statement provided to TheWrap. “It has been published with an extraordinary degree of transparency toward its subjects; each of the four news organizations covered in the book was given ample time and opportunity to comment on the content, and where appropriate the author made changes and corrections. If upon further examination changes or attributions are deemed necessary we stand ready to work with the author in making those revisions.”

Abramson did not immediately respond to TheWrap’s requests for comment Wednesday, but she denied the accusation in an appearance on Fox News, saying that “There are 70 pages of footnotes showing where I got the information.” She later tweeted: “I take seriously the issues raised and will review the passages in question.”

A check of the Kindle edition of the book by TheWrap found that she repeatedly failed to credit the sources that Moynihan accused her of plagiarizing:

-Moynihan said a passage of Abramson’s book about Gavin McInnes’ authorship of a column in The American Conservative closely resembles a passage in a Ryerson Review of Journalism article called “Bigot or Champion of Truth.” TheWrap’s review found that Abramson does not credit the article in her notes.

-A passage about former Vice News editor Jason Mojica’s background is similar to a Time Out article called “Vice Cop.” Abramson does not credit the Time Out story in the book.

-Moynihan also accuses Abramson of lifting details about millionaire Richard Szalwinski from the New Yorker article. TheWrap’s review found again that Abramson did not credit the article in reference to Szalwinski.

Abramson’s book, “Merchants of Truth: Inside the News Revolution,” focuses on “the evolving state of media in the information age and what it means for the future of news,” according to Simon & Schuster.

Moynihan said he noticed the plagiarized passages after spotting an “egregious” mistake about one of his colleagues, which Abramson later corrected. He said he then noticed other parts that seemed to be lifted from other writers.

Later Wednesday, writer Ian Frisch tweeted that Abramson plagiarized him six times in the book. However, TheWrap’s review found that she cited him at least three times in her notes.

On Monday, Abramson came under fire after telling New York’s The Cut that she never records her interviews.

“I’m a very fast note-taker,” she said. “When someone kind of says the ‘it’ thing that I have really wanted, I don’t start scribbling right away. I have an almost photographic memory and so I wait a beat or two while they’re onto something else, and then I write down the previous thing they said.”

The remarks prompted a scathing Washington Examiner article titled: “Dear reporters: Please, for the love of God, do not take advice from Jill Abramson.”

“Reporters: I cannot stress enough that this is a terrible way to conduct interviews,” the article, written by Becket Adams.  “Everything Abramson just said — do the exact opposite.”

Here are some of Moynihan’s tweets:

The following examples from the final book—not the galley—are only from the Vice chapters (I didn’t check the others). So let’s begin…Here is Abramson on Gavin McInnes (whom she interviewed) and the Ryerson Review of Journalism https://t.co/hx0XcyZ89k pic.twitter.com/qroN59gyVk

This example is from one source–the New Yorker again–though the two sentences are separated by a page.https://t.co/Ux6gdDO9Qg pic.twitter.com/m3dnsQaOmv

There’s lesser stuff too; still problematic. At various points in Merchants of Truth, rather than toil in the archives, reading old issues of the magazine or watching old Vice videos, Abramson liberally borrows from those who have: https://t.co/Ux6gdDO9Qg pic.twitter.com/mEvufhFJ3J

There’s plenty more–enormous factual errors, other cribbed passages, single or unsourced claims–but this should give a sense.

The book ends with a final wag of the finger, reminding me that my colleagues apparently don’t possess “the expertise to compete on the biggest news stories.” If Abramson is the arbiter of ethics & expertise, I think we’re doing just fine.