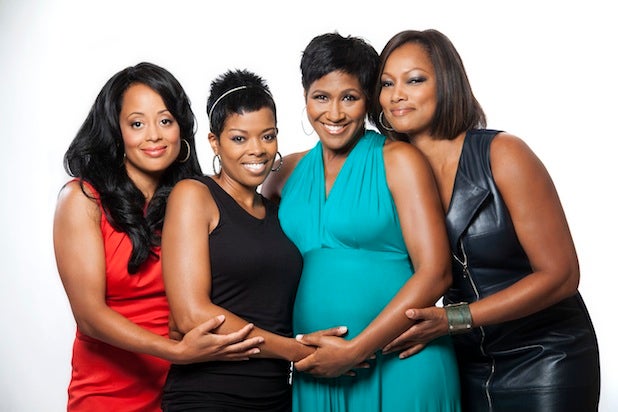 Beauvais — who has starred in the film “White House Down” and television shows “Franklin & Bash” and “NYPD Blue” — is joined by cast members Essence Atkins, Terri J. Vaughn and Malinda Williams in the film’s central roles.

“Girlfriends’ Getaway” is a sweeping comedy that finds newly single Vicky Holmes (Beauvais) and her best girlfriends on vacation in Trinidad; all facing turning points in their lives. Things go awry after their first wild night together and the very pregnant Sophie (Vaughn) is kidnapped and held for $10,000 ransom. The women must band together to free her in 24 hours or end up in jail.

Also read: NAACP Image Awards to Air on TV One for Next 5 Years

“As summer winds down this Labor Day weekend, we are excited to bring this hilarious and fun film to our audience to serve as a reminder to appreciate our friendships every day,” said TV One’s programming and production senior vice president D’Angela Proctor in a statement.

Roger M. Bobb, former Tyler Perry Studios executive vice president (whose credits include “Raising Izzie,” “For Colored Girls” and “The Rickey Smiley Show”), directed and executive produced the movie. Angi Bones served as Producer. It was written by Cas Sigers-Beedles and is a co-production between Bobbcat Films and Siger and Vaughn’s Nina Holiday Entertainment. The movie was shot totally on location in Trinidad.

See TheWrap’s first look photo of the cast above.