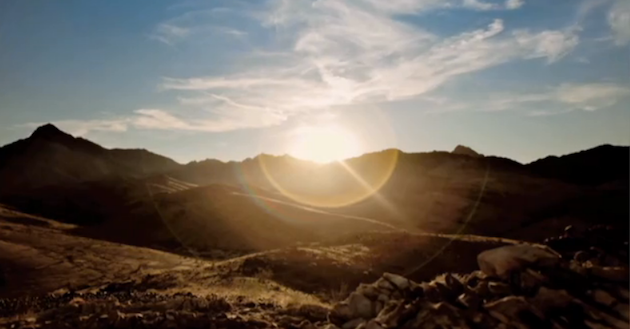 The International Cinematographers Guild has been handing out its Emerging Cinematographers Awards since 1996, honoring aspiring directors of photography who  have gone on to shoot films like "Hustle and Flow" and "Eve's Bayou" and television shows that include "CSI: Miami," "The X-Files" and "24."

The event has grown significantly over the years – and on Thursday night at the Egyptian Theater in Hollywood, it will take another step forward with a public screening of last year’s eight winners and two runners-up, followed by a panel discussion with six of the honorees.

"We've never done this before," ICG president Steven Poster told TheWrap this week. “But it’s just another way to develop these awards, to branch out and make them into something of tremendous value to these kids and their careers.”

Mind you, the word kids is not strictly accurate – the awards are open to any of the guild's 7,200 members who do not have "director of photography" as their designated classification. (Close to 5,000 qualify.) "Camera assistants, camera operators, still photographers, publicists – anybody who photographs a short for any reason gets to enter the contest," Poster said.

"They're usually young-ish, but we’ve had some not-so-youngish."

The guild's emphasis on aspiring cinematographers makes sense: It may be the chief union representing directors of photography and those who work with them, but the main awards in the field are handed out by the invitation-only American Society of Cinematographers (most of whose members were in the ICG long before they were invited to join the ASC).

So the ICG has been recognizing up-and-coming DPs for 17 years. Its 2012 honorees, whose films will be presented at the Egyptian, range in length from five minutes to 20 minutes; they include a film set in Afghanistan (but shot at a studio in Los Angeles), a ghost story set in an old house, and a seductive long-form music video.

They were chosen by a jury of volunteers from the guild, and honored last fall in an event that has grown substantially during the six years that Poster has been the ICG president.

"I saw the opportunity to expand this into a community activity, to start getting more sponsorship from within our community," he said. "We've really turned it into a national event, and it has become a completely sponsored event that doesn’t cost the members one dime."

The awards weekend begins on a Friday in September with luncheon at the American Society of Cinematographers clubhouse in Hollywood, followed by a day-long seminar on Saturday with agents and ICG officials. On Sunday, awards are handed out during a ceremony at the Directors Guild, with screenings of the winning films and hosts that have included Werner Herzog and Kevin Smith.

A similar event follows the next month in New York. At both ceremonies, the honorees also receive prize packages of equipment, software and lab services donated by sponsors who typically include Canon (the major sponsor), Tiffin, Panavision, Arriflex, Sony and Deluxe.

Thursday night's screening will take place at the American Cinematheque at the Eqyptian Theater. The screening begins at 7:30, followed by a panel discussion hosted by Poster.