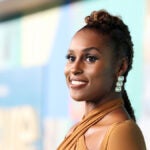 In addition, the producers of “For All Mankind: Time Capsule” were presented with the PGA Innovation Award, which goes to work in VR, AR, experiential and other emerging media.

Winners in the other PGA Award categories will be announced on Saturday, March 19 at the Fairmont Century Plaza in Los Angeles.