Nikole Hannah-Jones, who founded the Pulitzer-winning “1619 Project,” was not offered tenure at her alma matter, the University of North Carolina at Chapel Hill. Instead, she was offered a different role with the option for a tenure review in five years.

The reversal from the university, which previously announced the MacArther Fellow would teach in the Knight Chair position that comes with the expectation of tenure, came after conservative pushback to the “1619 Project” but wasn’t supported by the faculty and tenure committee.

NC Policy Watch first reported the denial, quoting UNC Hussman School of Journalism and Media dean Susan King as saying, “It’s disappointing, it’s not what we wanted and I am afraid it will have a chilling effect.”

The school would not officially comment on the move, however.

“The details of individual faculty hiring processes are personnel protected information,” school spokesperson Joanne Peters Denny said. “The University is proud to host a Knight Chair at our leading Hussman School of Journalism and Media and looks forward to welcoming Nikole Hannah-Jones to campus.”

Published in August 2019 on the 400th anniversary of the arrival of the first enslaved Africans in the United States, “The 1619 Project” is an examination of the legacy of slavery in America and how it shaped nearly all aspects of society, from music and law to education and the arts, and including the principles of democracy itself. That description comes straight from Hulu and Lionsgate, which will be adapting the work from Hannah-Jones and The New York Times. 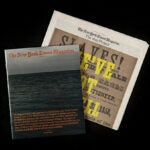 While studios and distributors have been among those who celebrate the work, conservatives bristled at it and have argued against it since it was released. It amounts to a rewriting of American history, they argue.

Wednesday saw many prominent figures speak out in defense of Hannah-Jones.

PBS News’ Yamiche Alcindor tweeted, “UNC’s decision to deny tenure to @nhannahjones is absurd & a reminder of how hard some work to deny the hard truth that is Nikole’s life work & the 1619 Project. She is a Pulitzer Prizer winner & a MacArthur genius. What more needs to be said?” 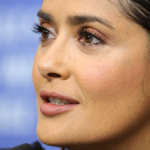 The 19th News editor at large Errin Haines wrote, “For the exact same work — the Pulitzer-prize winning 1619 Project — Morehouse College bestows @nhannahjones an honorary degree and UNC, her alma mater, takes away her tenure offer in same week. We should be asking what is going on here.”

Lydia Polgreen, head of Gimlet Media and former editor in chief of HuffPost, added, “The thing that’s wild about the Nikole Hannah-Jones tenure thing is that based on her *pre* 1619 work alone she would be an incredible candidate for a tenured journalism position. She has been dropping instant classics of investigative journalism for *years*.”