Tim McGraw, Faith Hill and Sam Elliott navigate the hardships of the rugged, wild West in a first-look trailer for Paramount+’s “Yellowstone” prequel “1883.”

“1883,” which is set to debut Dec. 19 on Paramount+, stars Elliott, Grammy-award-winning country artists Hill and McGraw, along with Isabel May and LaMonica Garrett. Billy Bob Thornton guest stars.

Created by “Yellowstone” co-creator Taylor Sheridan, “1883” follows the Dutton family as they travel West into unknown territory in search of a better life. According to the series description, it is “a stark retelling of Western expansion, and an intense study of one family fleeing poverty to seek a better future in America’s promised land – Montana.” 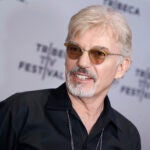 The minute-long teaser, which was unveiled Sunday night during the Season 4 premiere of “Yellowstone,” begins with a sweeping view of a river bordered by lush trees, while a woman’s voice says, “I heard a thousand stories, but none could describe this place.” Classic western imagery abounds – men brandishing guns on horseback, a long line of covered wagons and period costumes galore – as the main cast is introduced.

Elliott plays Shea Brennan, a handsome cowboy with a tragic past who is tasked with guiding a group of settlers from Texas to Montana. James and Margaret Dutton are portrayed by real-life couple McGraw and Hill, while May stars as their eldest daughter, Elsa. Rounding out the cast, Thornton plays Marshal Jim Courtright and Garrett will play Thomas. 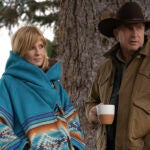 “Yellowstone,” which stars Kevin Costner, Kelly Reilly and Luke Grimes, follows a ranching family who must defend their territory against outsiders. 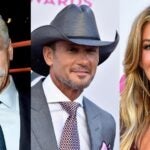