If you’re looking for a complete list of Oscars presenters for the 2022 ceremony, you’ve come to the right place.

The 2022 Oscars are set to begin at 8pm ET/5pm PT on ABC live from the Dolby Theater, and a diverse lineup of celebrities has been lined up to present the awards handed out during the event. Producers of the 94th Academy Awards have taken strides to expand the reach of the Oscars telecast this year, and that extends to the presenters which range from the usual suspects of past Oscar winners to professional athletes and music artists.

Last year’s acting winners – Anthony Hopkins, Daniel Kaluuya and Yuh-Jung Youn – are due to present trophies this year, although 2021’s Best Actress winner Frances McDormand is not among the announced presenters. 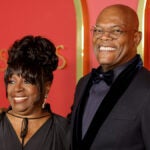 Also Read:
How to Watch the Oscars Red Carpet: Timing and Streaming Details

And yes, after some controversy over “West Side Story” star Rachel Zegler not being invited to the ceremony, she’s due to present an award.

Here’s every presenter announced for this year’s Oscars: 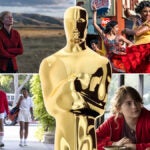 Also Read:
Oscars 2022: We Predict the Winners in All 23 Categories (Photos)