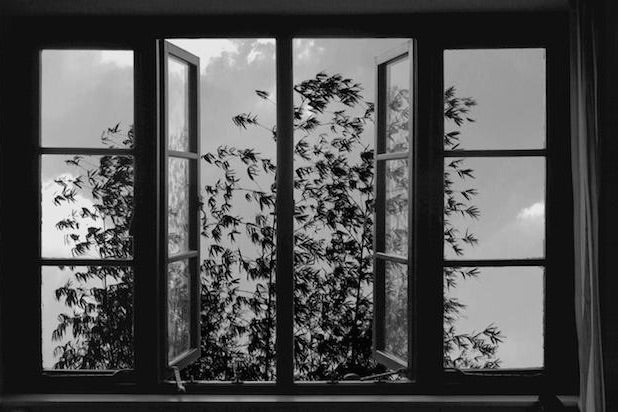 A new film from the gifted Iranian director Abbas Kiarostami would be a treat at Cannes under any circumstances — but Kiarostami’s death last July at the age of 76 added a particular resonance and sense of loss to Tuesday’s screenings of “24 Frames,” the master’s final film.

The circumstances turned the film, a series of exquisite miniatures that would have been a wry and lovely piece of work under any circumstances, into a truly poignant farewell from a master.

Among Iranian filmmakers, Asghar Farhadi has received more international recognition in recent years, including Oscars for “A Separation” and “The Salesman,” but Kiarostami is the giant over the last four decades. (Farhadi would no doubt agree.) Kiarostami began making films in the ’70s, directed landmarks like “Close Up” and the Palme d’Or-winning “Taste of Cherry” in the ’90s, and in recent years went outside his home country to make a pair of mysterious, poetic gems in “Certified Copy” and “Like Someone in Love.”

He died on July 4 of last year, but there was talk that he had been working on something in his final months, and Cannes unveiled it on Tuesday. “24 Frames” is a series of short vignettes, all but one of them based on still photographs that Kiarostami had taken over the years. The idea, he explained in a title card at the beginning of the film, was to imagine “what might have happened before or after” the photographs were taken.

To do so, he used digital filmmaking tools to enhance the photos and add live action to what were once stills. If the original photo was of a cow lying on the beach as the surf breaks nearby, Kiarostami’s reimagining will have lots more cows walking by; if it was a pair of lions framed through a rock arch, they’ll have brief and seemingly unsatisfying sex before their four and a half minutes are up.

In most of the vignettes, not a lot happens. Kiarostami gives us a vivid image of nature, and then the smallest of changes play out for a few minutes. He has the audacity to ask the question, “What happens before or after this photo was taken?” when most of the time his answer is, “Not much.”

These are minimalist — deliciously wry tableaus, sounding variations on a few themes that never go for big moments. Mostly black-and-white, “24 Frames” works with snow and rain, with the sea and the trees, with cows and dogs and especially birds, many of them set off by framing devices that include fences and windows.

Humans rarely enter this landscape, and there’s no narrative; instead, these variations on a theme add up to a beautifully restrained and quietly funny look at the world the director saw around him.

At times “24 Frames” seems like an austere formal exercise, but Kiarostami had a remarkable eye, and it’s obvious that his heart was in these vignettes. He’s going out not with a big statement, but with a series of exquisite miniatures.

And the final moments of the film are extraordinary. A desk is set in front of a window. A young man appears to be asleep, his head down on the desk. On the computer screen in front of him is a shot from an old Hollywood movie of a man and a woman embracing. They kiss. The man at the table stirs. The words “The End” come up as the movie on the computer screen ends. And in the background, the song “Love Never Dies” plays: “Love never dies/Once it is in you/Life may be fleeting/Love lives on.”

It may not sound like much described that way, but it soars under Kiarostami’s gentle touch. Even if you don’t care about Andrew Lloyd Webber or that theater song (the title song to a largely unsuccessful sequel to his hit musical “Phantom of the Opera” that never even made it to Broadway), the director turns it into a surprisingly moving farewell.

Abbas Kiarostami will be missed; at Cannes he left behind an extraordinary note of grace and beauty.