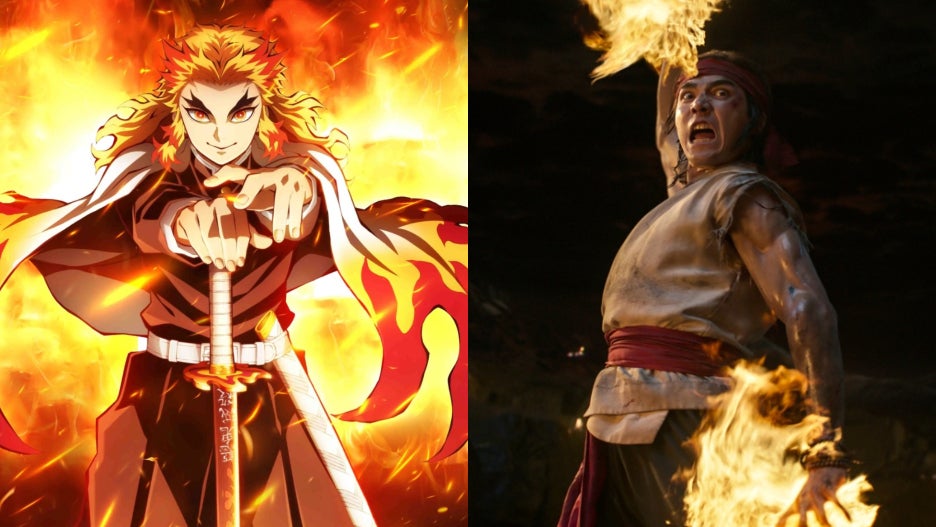 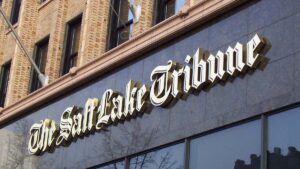 3 Takeaways From a Big Weekend for Box Office Recovery

It will be at least another month before the box office sees the kind of hopeful numbers that “Mortal Kombat” and “Demon Slayer” provided this past weekend, but getting not one but two films to earn $20 million-plus openings alongside each other is a big step forward in the post-COVID rebuilding process.

“Mortal Kombat” took No. 1 this weekend with a $23.3 million launch from 3,073 screens, well above the low-to-mid teens projections expected for the video game adaptation, as it received mixed reviews from critics and was simultaneously available on HBO Max. “Demon Slayer,” which has become known as one of the biggest pandemic box office success stories with over $450 million grossed worldwide and the title of Japan’s highest grossing film ever, nearly toppled “Kombat” with a $21.1 million opening from just 1,600 screens.

With no more major studio films coming until the release of the “Saw” spinoff “Spiral” on May 14, it’s unlikely that the $56 million overall gross total for the weekend — the highest since the pandemic — will be topped for some time. But there still are some key takeaways that Hollywood can glean from what we’ve seen.

Anyone who has attended an opening weekend screening of films like “Weathering With You” or “Dragon Ball Super: Broly” knows that anime fans, while small in the U.S. compared to other hardcore fan bases of blockbuster franchises, are more than capable of selling out an auditorium.

Anime films based on TV series like “Demon Slayer” are extremely frontloaded, as they involve a knowledge of backstory that shuts out most casual viewers that support films on later weekends. As such, Funimation only serves as a small percentage of Sony’s overall box office.

But just as “Demon Slayer” became a quarantine hit with Japanese viewers on Netflix, so too did it gain notoriety among anime fans in America. In a sign of the symbiotic relationship theaters and streaming can have, Funimation has used recent film adaptations of wildly popular anime series like “Demon Slayer” and “My Hero Academia: Heroes Rising” to boost its recently relaunched streaming service. Sony hopes to build that service into a rival to longtime anime streaming king Crunchyroll, which reached 4 million subscribers earlier this year.

“Demon Slayer” may not be the kind of arthouse indie fare that is usually seen as the alternative to wide-release blockbusters, but its success shows that there’s value in catering to niche audiences beyond the box office if a studio knows how to play it right. 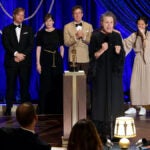 2. By any standard, “Mortal Kombat” is off to a strong start

With a hard R-rating to match the infamously gory video games of which it is based, “Mortal Kombat” was never expected to be as big at the box office as “Godzilla vs. Kong,” which just passed $400 million worldwide this weekend.

But even considering that theaters in New York were still limited to 25% capacity and much of the rest of the country is at a 50% limit, a $23 million launch for this film would be considered a solid result even under normal conditions. An opening in the low $20 million range puts “Kombat” alongside the usual range for Paul W.S. Anderson’s “Resident Evil” films, with only one installment from that franchise, 2010’s “Resident Evil: Afterlife,” holding a higher opening with $26 million.

“This is further evidence that studios can begin marketing big releases more confidently in North America. The one-tentpole-per-month template looks like a cautious-but-wise bet for now after the successes we’ve seen since late March,” Boxoffice analyst Shawn Robbins said. “It’s a strategy that should greatly benefit the likes of ‘A Quiet Place Part II’ and ‘F9’ in the near future and, if those films hit big, it would pave the way for more consistent big screen content in the second half of the year.”

As with “Demon Slayer,” though, it is unclear how much holdover strength “Mortal Kombat” will have. It is possible that like “Godzilla vs. Kong,” the film will continue to draw audiences in the 25-35 demographic looking for the chance to enjoy a popcorn flick in theaters again. Or it is possible that casual audiences that don’t know Kung Lao and Scorpion from Liu Kang and Subzero will just give the film a look on HBO Max, as Warner Bros.’ streaming experiment continues to give audiences different options to see new titles.

Also Read:
Can Late-Arriving Oscar Contenders Still Break Through – With Voters and Audiences?

Just as ABC expected ratings for this year’s Oscars to be as abysmal as they were, box office analysts were expecting this year’s contenders to be the lowest-grossing in history thanks to the pandemic. Sure enough, with a reported $3 million grossed from theaters as it was also released on Hulu, Searchlight’s “Nomadland” has become the lowest-grossing Best Picture winner in modern history.

Not that any of the other films would have been better if they had won. “Judas and the Black Messiah,” also a simultaneous theatrical/HBO Max release, has grossed just $6.1 million. Best Original Screenplay winner “Promising Young Woman” has taken in $6.4 million domestically and $12.6 million globally. And “The Father,” which scored Anthony Hopkins his second Oscar in the most anticlimactic fashion possible, made just $1.7 million domestically and $3.8 million globally.

As TheWrap previously reported, this year’s contenders were released under enormous uncertainty over how long it would take for theaters to get back on their feet, making the measure of success for their studios more focused on PVOD sales and streaming subscriptions that are kept under wraps by studios. But with the 2021 Oscars becoming the first with less than 10 million viewers in overnight ratings, it’s very likely that the nominees’ releases on a bunch of different home platforms diminished audience interest.

With ArcLight Cinemas, a cornerstone of the awards season box office, closing their doors, it’s still uncertain whether the box office for next year’s Oscars will be able to get back to normal. Perhaps if major titles like “West Side Story” and “In the Heights” — both of which got sneak previews during the Oscar telecast — become Best Picture contenders, it will help support the rest of the prestige market. This is especially true for “West Side Story,” which will be released at the peak of awards release season in December.

But films like “Nomadland,” which would have gotten a limited release and a steady rollout over the course of awards season, may not have that blueprint depending on whether arthouse cinemas are able to quickly recover over the course of 2021. If they do, it will be up to the audience to fulfill the wish Frances McDormand made in her Best Picture acceptance speech: “Take everyone you know into a theater, shoulder-to-shoulder in that dark space, and watch every film that’s represented here tonight.” 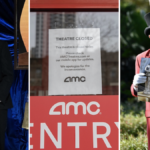 Also Read:
12 Lessons From a Long and Broken Awards Season