In Hollywood, talk about diversity is the new black: Every day there’s another study, painting a new, often discouraging picture.

But the sheer number of studies, overwhelming as they are, may lead to fatigue that keeps people from reading them. And that’s an incredible shame, because individually and collectively, they provide Hollywood insights — and direction — into how to fix the problem.

So heading into Oscars weekend, we’ve combed through them to give you the individual stats — and the big picture. It goes far beyond #OscarsSoWhite.

Here are some of the key findings from recent studies by The Washington Post; Directors Guild of America; UCLA; the Media, Diversity & Social Change Initiative; The Wall Street Journal; San Diego State University’s Center for the Study of Women in Film  & Television; and USA Today: 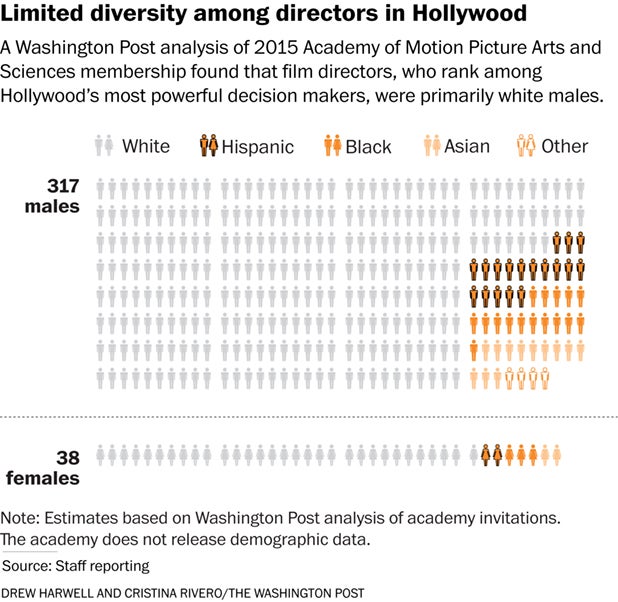 1. 89 percent of the Academy’s director’s branch is male, as is 87 percent of its executives branch. (Washington Post)

2. Four of the 435 Academy Awards nominations for Best Director since 1927 have gone to women. Kathryn Bigelow is the only one to ever win. (Washington Post)

6. Additionally, 73.5 percent of the leads, co-leads or actors carrying an ensemble cast in films released in 2014 were male, and 26.5 percent were female. (MDSC) 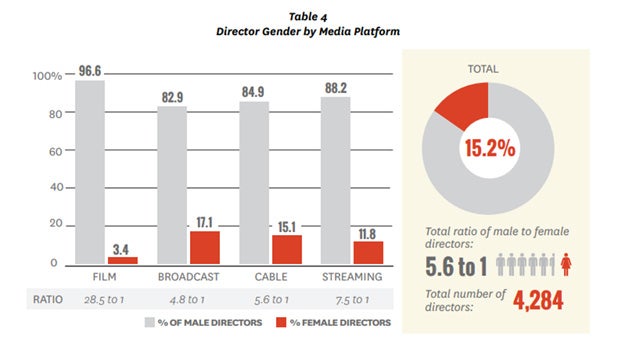 15. Women comprised only 22 percent of protagonists and 34 percent of major characters in the top 100 grossing domestic films of 2015. (SDSU)

18. In films with at least one female writer or director, women comprised 50 percent of protagonists. Without female writers or directors, that number drops to 13 percent. (SDSU)

19. Women made up 19 percent of all directors, writers, producers, executive producers, editors and cinematographers working on the top 250 domestic grossing films of 2015. (SDSU) 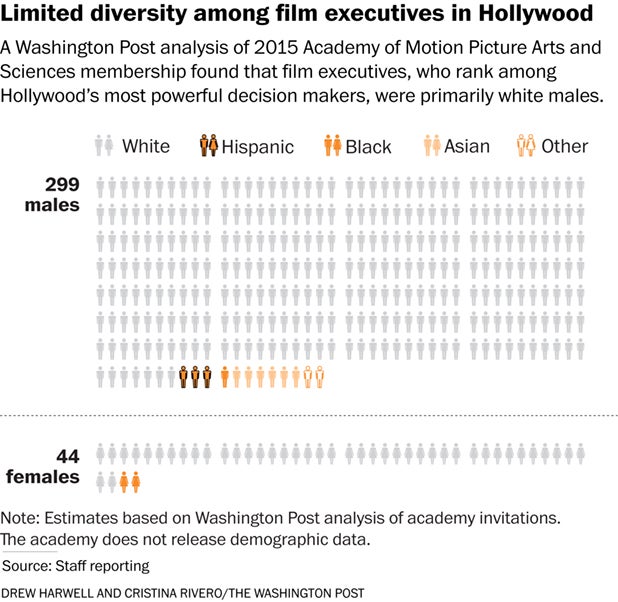 24. Four-hundred-and-twenty-three of the 435 Oscars’ Best Director nominations since 1927, about 97 percent, have gone to white directors. (Washington Post)

Also read: Does #OscarsSoWhite Controversy Overlook Diversity in 'The Revenant'?

25. Roughly 20 percent of the nearly 150 executives who oversee production of wide-release films at the seven top studios are nonwhite. (Wall Street Journal)

26. Just 16 percent of the approximately 100 executives at the vice-president level or higher are nonwhite. (Wall Street Journal) 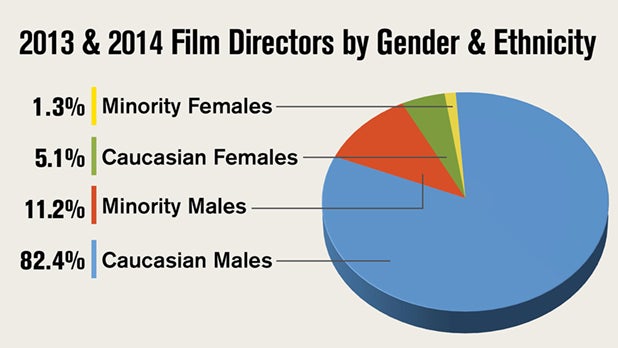 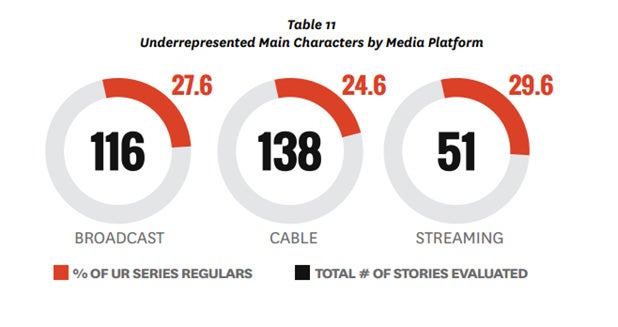 29. For films released in 2014 and TV shows from 2014-15, 71.7 percent of speaking or named characters were white, with 28.3 percent from underrepresented racial and ethnic groups. (MDSC)

34. White scripted leads outnumbered minorities nearly 6-to-1 on broadcast television, and nearly 2-to-1 on cable and digital. (Bunche Center)

38. Two percent of the 11,194 speaking characters across 414 movies, TV shows and digital series from 2014 were either lesbian, gay or bisexual. (MDSC)

39. Only seven speaking or named characters identified as transgender, with six of them appearing on streaming series. (MDSC)

41. Bisexual and homosexual characters did not appear before the fourth credited actor on TV shows from the 2012-13 season. (Bunche Center)