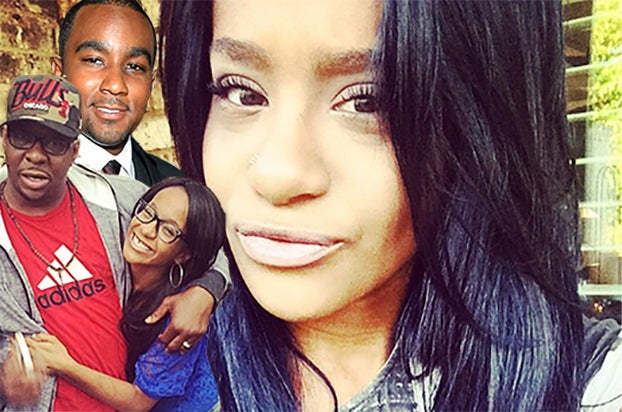 As Bobbi Kristina Brown fights for her life in an Atlanta hospital and her organs are said to be shutting down, an attorney for the Brown family is slamming reports that the 21-year-old will be taken off life support within the next few days.

Meanwhile, police in Roswell, Georgia — the town where she was found unconscious in a bathtub at her home on Jan. 31 — are trying to piece together what led to the celebrity offspring’s tragic situation.

Here are five recent developments in the case:

Brown family lawyer blasts reports Bobbi Kristina will be taken off life support this week
Sixteen days after the daughter of Bobby Brown and the late Whitney Houston was rushed to the hospital and connected to a ventilator, reports continue to swirl that her distraught family plans to remove her from life support this week. But ‘s attorney, Christopher Brown, released a brief statement to the media Monday saying those are “false stories.” He provided no additional details on the 21-year-old’s condition.

Bobbi Kristina’s organs are said to be shutting down
Bobbi Kristina’s health took a turn for the worse over the weekend and her organs reportedly started to shut down. Despite this grim development, those close to  have told multiple media outlets that he continues to hold out hope that his daughter will get better and wants to keep her on a ventilator.

Bobbi Kristina’s partner disputes reports he’s taking legal action to visit her
In an interview that aired on Feb. 12, Bobbi Kristina’s cousin, Jerod Brown, told an Atlanta television station that her family had banned live-in boyfriend Nick Gordon from visiting her in the hospital. Jerod even went as far as to claim Gordon was “taking legal action in that matter to get visits to see Krissy right now.”

But Gordon’s legal team said not so fast. “In response to reports that Nick Gordon is taking legal action, he would like it to be clear, he is not,” his attorneys Randy Kessler and Joe Habachy said in a statement. “Mr. Gordon’s only concern is the recovery of Bobbi Kristina.”

Meanwhile on Sun., Feb. 15, Gordon changed his Twitter profile picture to show Bobbi Kristina’s named tattooed on his arm, and told his followers he appreciated their well-wishes. “Thank you for all your prayers,” Gordon tweeted. “She is a strong person and will pull through this. Continue to pray for her.”

The near-drowning is deemed a criminal investigation
Detectives were said to be troubled by bruises on Bobbi Kristina’s face and mouth, with some media reports implicating Gordon as responsible for the injuries. Police confirmed they are treating the situation as a criminal case, with an attorney for adding, “this is a criminal investigation and the integrity of that process requires silence.”

Also read: Bobbi Kristina Brown’s Aunt: ‘Nick Gordon Will Be Charged With This’

Several ministers also addressed the crowd with words of encouragement including “we’re here to pick people up” and “continuous prayer is what is needed at this point.” As the vigil came to a close, legendary R&B singer Tony Terry sang “I Look To You,” Houston’s last attempt at a comeback single before her death in 2012. As Terry belted out the touching song, several people in the crowd were brought to tears.