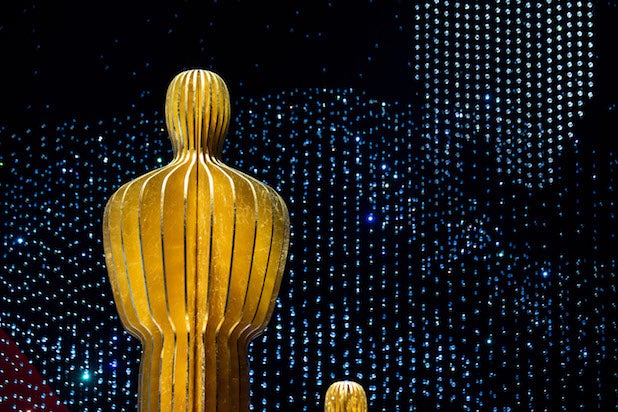 It’s clear that the Academy tasked producer Donna Gigliotti and co-producer/director Glenn Weiss with reinventing the Oscar show this year. After all, the promise of a show limited to three hours, made by the AMPAS Board of Governors in August, before the producers was hired, was enough to demand a new approach.

As we all know, two of the ideas that were to make this a new kind of Oscar show — the creation of a new “Popular Oscar” category and the shifting of several categories into the commercial breaks — were scrapped, the first in September and the second just last week.

That’ll make it significantly harder (and quite possibly impossible) for Gigliotti and Weiss to hit that three-hour limit, but they’ll probably trot out a few new takes on an old model. We won’t know how well it’s going to work until Sunday night — but we have seen how it’s worked in the past when producers have come in ready to give Oscar a makeover.

Here are five times when the Academy tried to reinvent the Oscar show, for better and for worse. 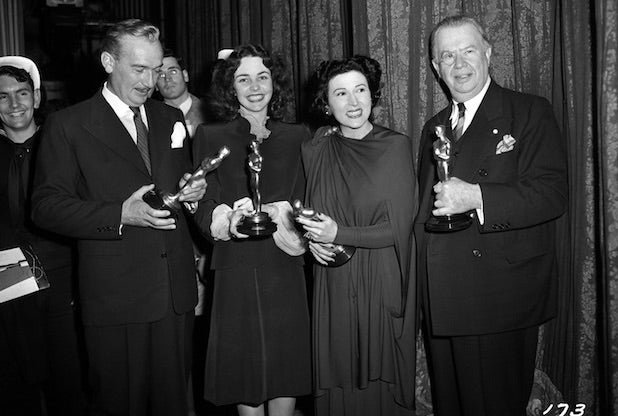 1944
World War II was still raging, and the Academy decided that its usual gala dinner might be a little unseemly — so it moved Oscars from a hotel banquet room into a theater, Grauman’s Chinese, and invited 200 servicemen to sit onstage in risers and watch a show based around variety acts that had been performed on USO tours overseas.

“Casablanca” was the surprise Best Picture winner over the favored “The Song of Bernadette,” and reviews were mixed for the move from banquet to theater show. But the Oscars would never go back. 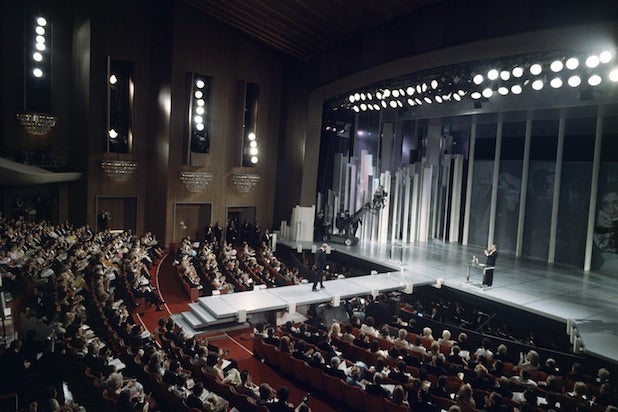 1968
Academy President Gregory Peck wanted to give the Oscars show a shot of fresh energy at a time when the culture was on fire but the Academy seemed staid — so he brought in Broadway director/choreographer Gower Champion to produce the show, which Champion agreed to do on the condition that the show be moved from the old and dingy Santa Monica Civic Auditorium (“a dreary barn,” said Champion) to the newer, classier Dorothy Chandler Pavilion in Downtown Los Angeles.

The Chandler, it turned out, didn’t have a center aisle, so he took out seats and added a runway. He also ditched usual host Bob Hope in favor of 10 “Friends of Oscar,” including Frank Sinatra, Jane Fonda, Sidney Poitier and Ingrid Bergman. He also tried to eliminate the bleachers full of fans lining the red carpet, but the Academy said that was to stay. 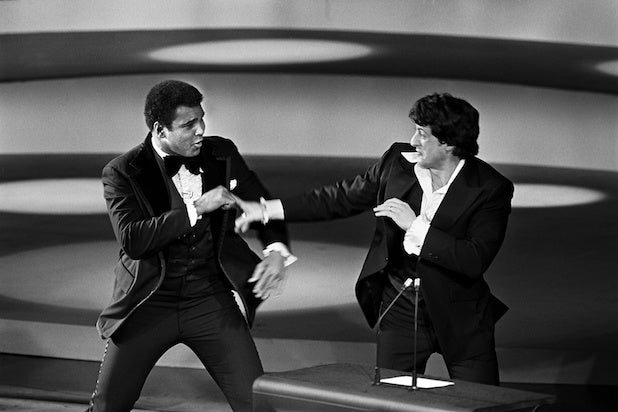 1976
Three years after William Friedkin won Best Director and Best Picture for “The French Connection,” the Academy asked him to oversee the Oscars. Friedkin wanted a smart, unsentimental show, so he hired the countercultural quartet of Richard Pryor, Jane Fonda, Warren Beatty and Ellen Burstyn to host, brought on Ray Bradbury as a co-writer and did away with sappy tributes to dead people.

And when Best Actor favorite Peter Finch (“Network”) died in January, he lined up writer Paddy Chayefsky to accept the award, determined not to have Finch’s widow Eletha on stage. Chayefsky, though, double-crossed Friedkin, calling Eletha up to take Finch’s Oscar and give a speech.

Sylvester Stallone’s “Rocky” was the big winner, reviews were tepid and the ratings were the lowest in Oscar history. 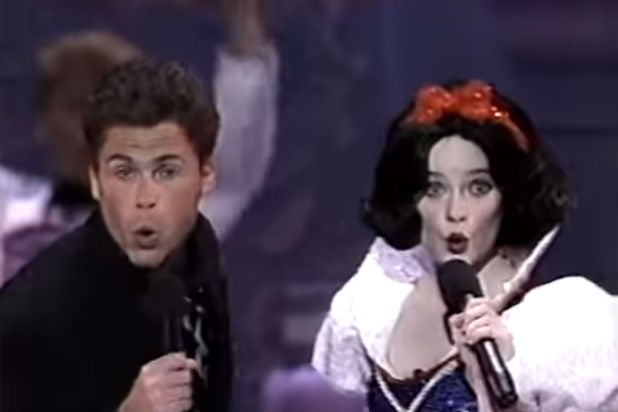 1989
The most notorious makeover in Oscar history came courtesy of producer Allan Carr, who was determined to give the show an influx of glamour when he took over in 1989. Carr announced that he was going to produce the most fabulous Oscars ever, overseeing renovations of the Shrine Auditorium, ditching a host in favor of more “Friends of Oscar” and creating two enormous production numbers that ran more than 10 minutes each.

One, a gruesome piece of bombast featuring Christian Slater, Patrick Dempsey, Savion Glover, Chad Lowe and many others, has mercifully been forgotten. But you remember the other one, in which an actress dressed as Snow White took a tour of Hollywood and ended up singing “Proud Mary” with Rob Lowe. It turned out that not only was the show pretty terrible, but Carr had neglected to get Disney’s permission to use their princess, so the company sued, the Academy apologized and Carr’s career was essentially over. 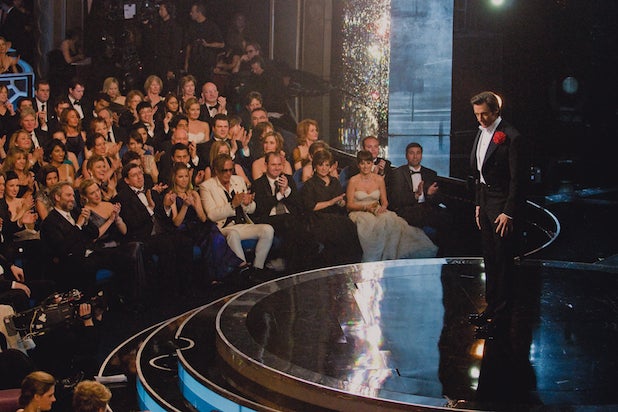 2009
Exactly 10 years ago, producers Bill Condon and Laurence Mark engineered what was one of the most successful Academy Award makeovers, when they tweaked the Oscar formula to give the show a shot of energy. They brought in Hugh Jackman, the first host in more than 20 years who was not best known as a comedian; arranged the categories in a way that told a narrative; and used five past winners to salute the nominees in each of the acting categories.

They also reconfigured the seats on the orchestra level of the Kodak Theatre to give it a more intimate nightclub feel, and kept all of their changes a secret until the show took place. Some of their innovations survived, others were abandoned, and no show since then has seemed anywhere near as fresh.