Its viewership has been in decline for a while now, but the first quarter was a particularly brutal one for CNN.

Just how brutal? For Larry King, it was his worst quarter of ratings ever, with total audience down 43 percent, including a staggering 52 percent in March. Anderson Cooper didn’t fare much better – sliding 42 percent in average total viewers and 46 percent in the key 25-to-54-year-old demographic. Campbell Brown, meanwhile, had her worst quarter ever in the so-called “demo.”

Even CNN’s “American Morning” show slipped behind MSNBC’s “Morning Joe” in total viewers for the first time – though it still eked out a win in the 25-to-54 demo, despite losing 29 percent of that audience.

If CNN ever needed saving, now is the time. Here are five ideas that could help revive it before it completely flatlines.

If cable news was like sports, Jon Klein would have been already been fired. Name one manager of a team in the NBA or NFL that's struggled as long as CNN who has gotten to keep his job. Jim Walton, CNN Worldwide president, recently said of the network's president: “Jon Klein is a strong leader and a talented programmer, and he has my full support.” But for how long?

Of course Klein – who’s been at the helm since 2004 — can’t be blamed entirely for the failings of the network. But like NBC’s Jeff Zucker, he’ll eventually have to take the brunt of it. (CNN isn’t about to fire Larry King or Anderson Cooper, if for no other reason than the PR disaster that would follow.) Indeed, Klein has steered CNN in the news-first, opinion-never direction. Even MSNBC passed CNN in prime-time in 2009 – something that net's president, Phil Griffin, said was his goal last year. 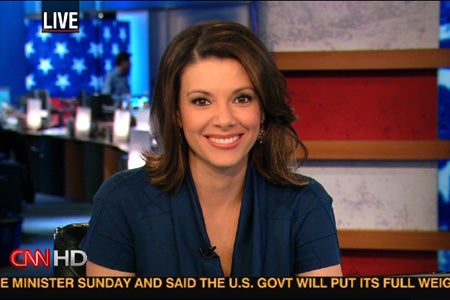 There’s no question that CNN excels in breaking news coverage. You needn’t look further than Anderson Cooper’s coverage of the earthquake in Haiti to understand the talent CNN has at its disposal when disaster strikes. But what about the rest of the time?

In falling behind Fox and MSNBC in primetime, the network’s strategy under Klein of being the “most trusted name in news” has clearly failed. It seems Americans like their cable news like their home teams – aggressively familiar, opinionated and hella-partisan. There is an opportunity for CNN to usher in more opinion, be less like the cable news equivalent of milquetoast or Switzerland – and it appears they’re at least toying with the idea.

As TheWrap reported in March, CNN is developing a new morning show pilot with a format closer to MSNBC’s “Morning Joe” and “Fox & Friends” than anything it has ever done. According to one individual familiar with the network’s development process, CNN is testing a concept that would include personalities with dueling political ideologies and opinions. CNN does have a roving band of politically charged commentators like Mary Matalin and Ed Rollins, but other than Lou Dobbs and Michael Kinsley et al. of "Crossfire," never had them host.

Even the original hosts of the show think they should.

“When he unceremoniously dumped it, Jon Klein said he wanted straight news and not commentary or opinion,” Kinsley recently told Politico. “And now he's got everyone expressing opinions left and right — because that's what people like."

"'Crossfire’ used to vie with 'Larry King' as the network's No. 1 show — and we beat him on many nights, even though he had us as a lead-in and we had Lou Dobbs,” Kinsley said. “The early Lou Dobbs, the boring corporate suck-up, not the new exciting xenophobic Lou Dobbs of legend.”

Bill Press, host of “Crossfire” from 1996 to 2003, was less forgiving in his criticism of Klein: “[Killing ‘Crossfire’ was] one of the biggest mistakes in the history of modern television journalism.” 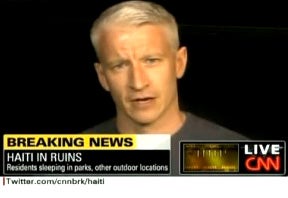 Here’s a blueprint for dying media in the Internet age: Any time a popular television show — or magazine or newspaper for that matter — gets canceled, it’s quickly followed by an online outcry led by fans (who, in the irony or ironies, usually didn’t help the cause by watching or reading it regularly). Which then leads to rumors of the TV show or magazine or newspaper being saved — by going online-only. (See: Domino, Conan O’Brien et all.)

But what if an entire cable network decided to go online-only? Before you dismiss the idea, consider that unlike its on-air counterparts, CNN.com and its related digital properties routinely outperform rival networks online. And unlike “opinion,” digital is part of CNN’s DNA.

With CNN already a destination site for many, an all-digital transition would be easier to navigate than it would be for other networks. (Besides, Larry King looks much better on a smaller screen.)

From his pulpit on “The Daily Show,” Stewart has become something of a cable news ombudsman, pointing out — and correcting — the collective missteps of Fox News, MSNBC and CNN on a nightly basis. Stewart does so almost unilaterally, but holds CNN’s feet closer to the fire than the other two. Watch his 11-minute, 33-second excoriation of CNN over its fact-checking of “Saturday Night Live” to get a sense of just how deep a distrust in CNN Stewart carries around.

Why is Stewart so hard on CNN? Recall his 2004 infamous appearance on “Crossfire” in which he tore into the show's format and the network in general. (Notably, it was one of the first media-on-media video clips to truly go "viral" online.)

Last week, the comedian offered his own Rx for CNN. His advice? Among other things, pair Larry King with Snoop Dogg in a new sitcom (“Gin & Prune Juice”) and change their tagline to “CNN: We Don’t Know What the F— We’re Doing.”