The Marvel Cinematic Universe might have shaken things up with “Avengers: Infinity War,” but we won’t know how the Thanos situation shakes out until “Avengers 4” comes out next year. Meanwhile, we know that “Ant-Man and the Wasp,” hitting theaters in July, takes place both before and during “Infinity War” — unless Disney was messing with us yesterday — and probably has a big part to play in the fourth “Avengers” movie.

While the new trailer released Tuesday doesn’t give any clues as to how Ant-Man might help in the fight against Thanos (Josh Brolin), it does give a few important clues for what we can expect in the movie and elements that might be important to the overall MCU storyline. Here are seven big takeaways.

If you haven’t watched the trailer yet, you can do just that right here. 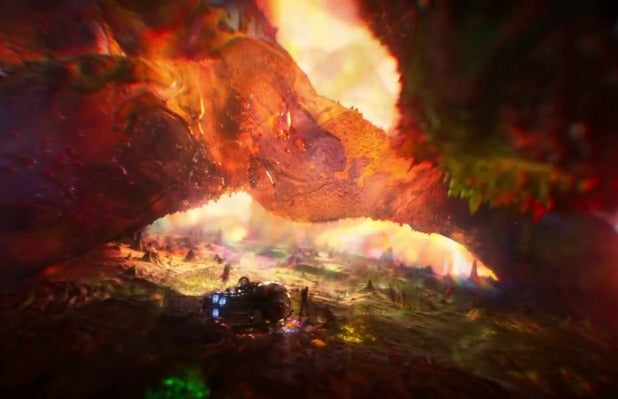 1. The Quantum Realm appears to actually be a tiny universe like the comics

We knew the Quantum Realm would be a big deal in “Ant-Man and the Wasp,” since in “Ant-Man,” Hank Pym (Michael Douglas) realized that it was possible to get a person back from the super-tiny place. Janet van Dyne (Michelle Pfeiffer), Hope’s mother and Pym’ wife, was lost in the Quantum Realm years earlier, but Scott’s return made Pym think he could return to the Quantum Realm and potentially rescue her.

The trailer shows at least two people who have traveled to the Quantum Realm in Pym’s submersible visiting the realm and actually walking around in it, making it much more similar to the Microverse of the comics than we’ve previously seen. In the Marvel Comics universe, the Microverse is pretty much just another place in the multiverse, with people living there (and supervillains trying to take over).

It seems possible the Quantum Realm of the movies could as well, and that it could play a part in the conclusion of the Thanos story being told in “Avengers 4” — although it’s not yet even remotely clear how.

Check out our spoiler-filled look into how “Ant-Man and the Wasp” could play a role in the fight against Thanos by clicking here.

Also Read: New 'Ant-Man and the Wasp' Trailer Drops, Does Not Reveal How It Ties Into 'Infinity War' (Video) 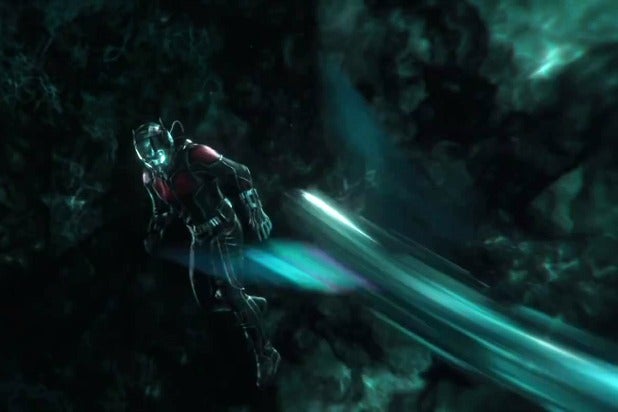 2. Ant-Man encountered….something in the Quantum Realm

Later on, the trailer includes a very quick shot of Ant-Man (Paul Rudd) floating in the Quantum Realm. While he’s there, something glowy and green, apparently with wings, whips past him at a high rate of speed.

While that could potentially be Janet van Dyne, the original Wasp, who was lost in the Quantum Realm, all that glowy energy and ridiculous speed seems to suggest it might be something else. Perhaps a native of the Quantum Realm?

If the Quantum Realm ends up being important to the battle against Thanos, which seems very likely given the release of “Ant-Man and the Wasp” between “Infinity War” and “Avengers 4,” then this might be a clue as to what, or maybe more accurately who, Ant-Man found there. 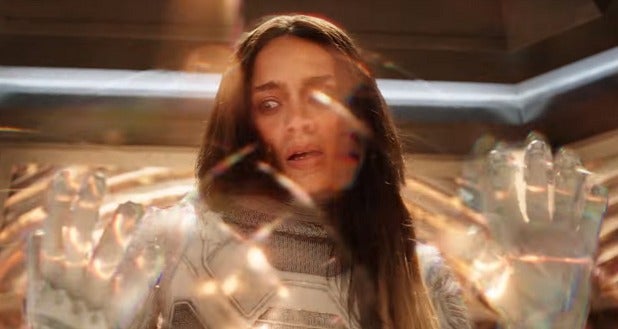 3. The Ghost’s phasing stuff seems like it could be important considering the Vision situation

We don’t know too much about the Ghost (Hannah John-Kamen), the character who this trailer seems to present as the primary villain of “Ant-Man and the Wasp,” except that she has the capability to make herself “intangible.”

In the trailer, that means zapping her way through walls and vehicles in order to punch and kick people beyond, making her tough to fight. There could be more to that whole “intangible” thing, though, given what a big part of “Avengers: Infinity War” Vision (Paul Bettany) was. Vision’s powers include being able to “phase” through solid matter, pretty much in the same way the Ghost can.

In “Infinity War,” bad guy Corvus Glaive (Michael Shaw) used a special blade on Vision to knock out his phasing powers in their very first fight. That might have been to keep Vision from getting away with the Mind Stone — or there could have been more to it.

It seems like if there was anything that might give Thanos a run for his money, it’s somebody who has the ability to become intangible. After all, apart from his Infinity Stone capabilities, Thanos is just a really strong bruiser of a guy, more or less like the Hulk. One wonders if the powers of the Infinity Stones would even work on someone who is technically intangible; some of them might (we saw the Space Stone cause the Hulkbuster armor to drift through solid matter briefly), but maybe not all of them. That could be a weakness Ant-Man and the Wasp could exploit if they’re able to get hold of the Ghost’s capabilities. 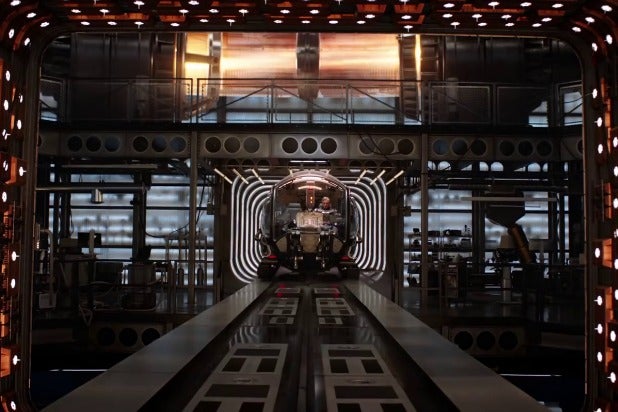 After recruiting Scott as the new Ant-Man and Hope as the Wasp, it seems Pym got busy building them some new support equipment. That includes vehicles that include their own shrinking tech for use in the field.

In the past, Ant-Man was able to use his throwable Pym Discs to cause an object to shrink or grow briefly, but Pym’s vehicles look to be a lot more versatile and reliable. They also get similar benefits to Ant-Man and the Wasp when they shrink and grow, it seems, as we see when the growing Pym van flips its pursuer from underneath. Makes you wonder what other fantastic things Dr. Pym has put together over the last few years. 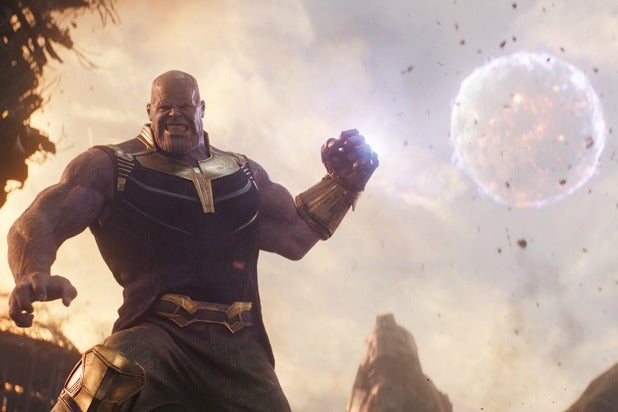 5. They’re still hiding whatever this movie has to do with Infinity War

We knew “Ant-Man and the Wasp” begins “in the aftermath of ‘Captain America: Civil War,'” but whatever portion of the story happens during “Infinity War” has yet to be revealed, and no real clues have been provided about what this movie has to do with the greater MCU situation.

The movie’s release between “Avengers: Infinity War” and “Avengers 4,” though, can’t be coincidental if it takes place during the battle with Thanos, though. There’s a significant reason why Ant-Man didn’t show up to fight the worst bad guy in the universe, and whatever he and the Wasp learn in their story will have to be significant to “Avengers 4.”

We know Janet van Dyne, Hope’s mother and Hank Pym’s wife, will show up in “Ant-Man and the Wasp,” thanks to casting: The role is being played by Michelle Pfeiffer. As to what role she’ll play, how Pym might get her out of the Quantum Realm, or what she might be like when she returns, though, the trailer has given us no clues. 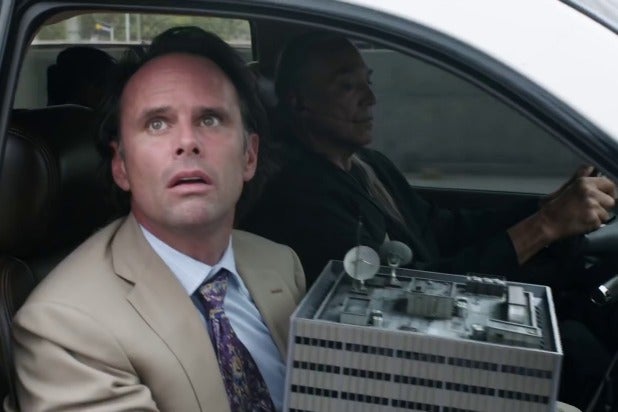 In lieu of diving into the really big questions, this trailer presents a plot that seemingly revolves around a large building that Hank Pym is able to shrink. That building seems like the place where Hank stores all his important technology stuff, which is why bad guys including Walton Goggins have stolen it in the trailer.

The original “Ant-Man” was a heist movie, and it looks like “Ant-Man and the Wasp” probably is one too, with Hank hiring Luis (Michael Pena) and his crew to assist Ant-Man (Paul Rudd) and the Wasp (otherwise known as Hope van Dyne — played by Evangeline Lilly) in stealing it back. Which is a cool enough premise that we almost don’t even need to get into the “Infinity War”-related stuff. Almost.

We’ve also got all sorts of other content exploring the dire situation the Avengers find themselves in at the end of “Infinity War.” Click here for our look at what “Ant-Man and the Wasp” might have to do with all this. Click here for our deep dive into how “Captain Marvel” might impact this distressing plot twist. Click here for a closer examination of Doctor Strange’s actions in “Infinity War,” and how losing this fight might end up being the key to winning it later. Click here for our discussion of the whole Vision situation, which may not be exactly what it seems. And, finally, here’s our run-down on how the comic book version of these events played out.