Hollywood is showing today, on the 20th anniversary of the 9/11 terrorist attacks, that they will #NeverForget when the Twin Towers fell, with stars like Ellen DeGeneres, Mark Wahlberg, Viola Davis, Toby Keith and more paying their respects to those lost that day.

“Still astonished by how many innocent people were lost in an instant, gone forever but never to be forgotten,” Mariah Carey said in a tweet on Saturday morning. “Thinking of all the families still mourning their loved ones 20 years after that devastating and tragic moment in our history.”

Tributes and memorials in New York, in Pennsylvania at the crash site of the United 93 flight and at the Pentagon have echoed the solemn occasion with an homage to those who lost their lives. Bruce Springsteen performed “I’ll See You in My Dreams” at the World Trade Center Saturday, with President Biden, Vice President Kamala Harris and former president George W. Bush all giving remarks. 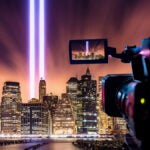 For some stars like Steve Buscemi, remembrances of 9/11 hit even closer to home. The “Fargo” star wrote in a column in Time Magazine on Thursday how he served as a volunteer firefighter on 9/11, having grabbed his old gear from when he worked as a New York firefighter before he was a star.

TheWrap also spoke with Hollywood professionals and journalists about what they remember from 9/11 and how they feel the industry and the country has changed in the years since. You can read that account here.

See some more tributes from stars via Twitter below: 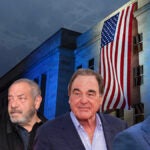